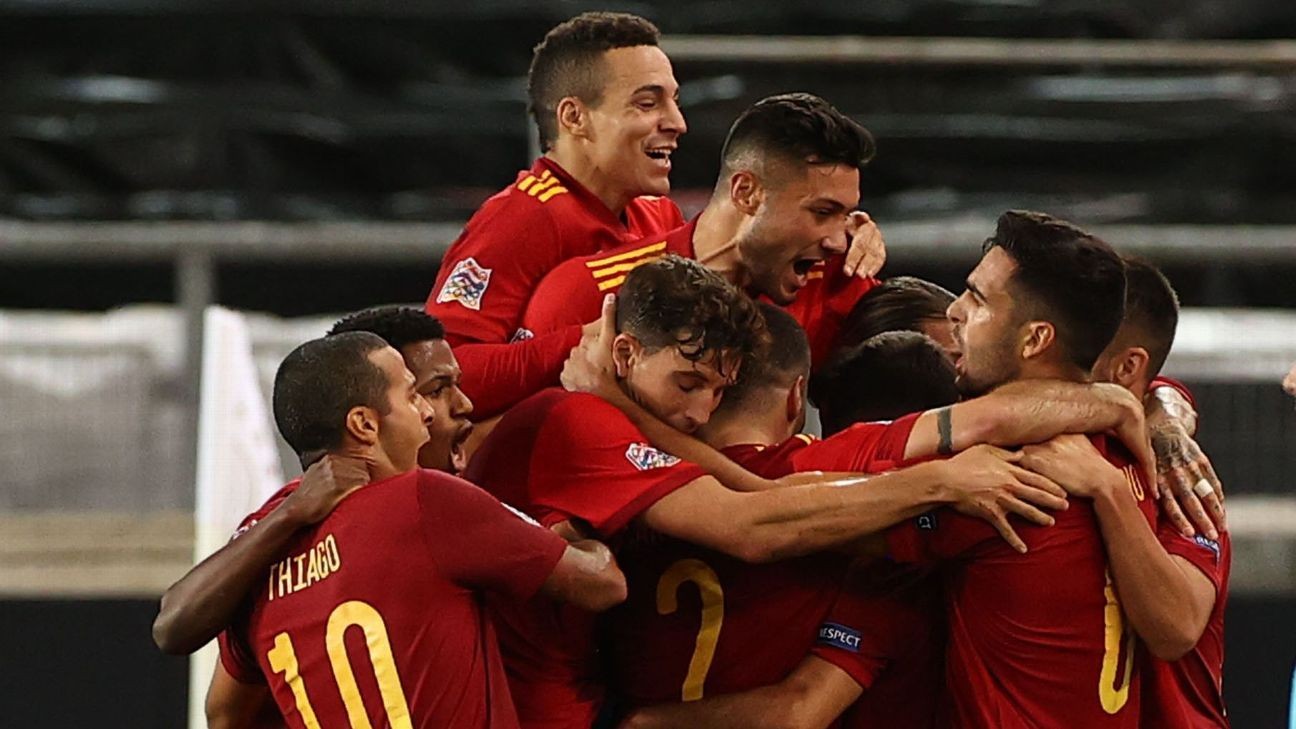 Spain scored a stoppage-time equaliser through Jose Luis Gaya to draw 1-1 away to Germany on Thursday in their Nations League opener and first international in almost 10 months due to the COVID-19 pandemic.

Spain had looked set to fail to score for the first time after 40 consecutive games before Gaya sneaked in to score with the last kick of the game.

"We fought hard and I am a bit frustrated with that late equaliser," said Germany coach Joachim Low.

"But I am satisfied with the effort. We pressured them, did not often allow them to get in the game. We had the better chances and given we have never played in this lineup we did it well."

play1:29 Did Werner heighten expectations at Chelsea with goal vs. Spain?

New-look Germany, missing all but one Bayern Munich player and all RB Leipzig's internationals after the Champions League tournament, peppered the game with defensive errors that gave Spain their only two chances in the first half through Rodrigo.

"The players are not yet in any competition rhythm as they will be in a few weeks from now so mistakes were to be expected," Low added.

Keeper Manuel Neuer's back-up Kevin Trapp did well to repeatedly deny the visitors, who were playing in coach Luis Enrique's first game in charge since he returned to the Spain role last November.

The visitors also fielded a much-changed team and introduced three newcomers, including 17-year-old Barcelona talent Ansu Fati, and the pace dropped after the break.

"We fought, stayed focused and as a first test the team did it good," said Spain captain Sergio Ramos. "We remained concentrated and kept up the pressure and we were rewarded in the end."

Ukraine lead League A Group 4 with three points following a 2-1 win over Switzerland with Germany and Spain on one point.

The Germans next travel to Switzerland on Sunday, while Spain host Ukraine.