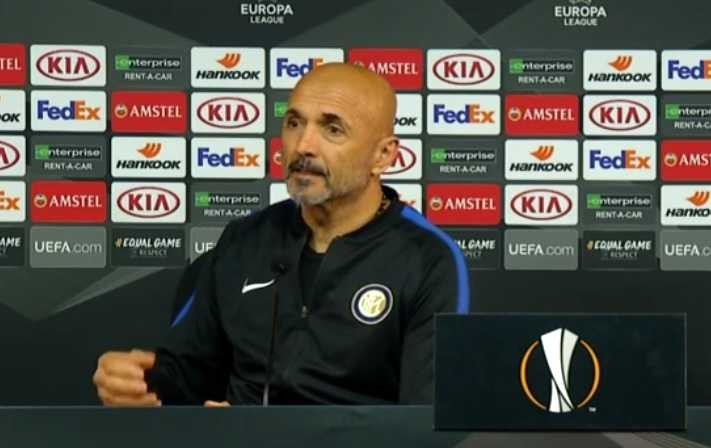 After losing 1-0 to Eintracht Frankfurt, Inter coach Luciano Spalletti was supervised and thought his side had enough quality to qualify for the next round of the Europa League.

But it was the 15,000 travelling Eintracht fans who left the Studio Giuseppe Meazza happy as an early Luka Jovic goal gave them victory and qualification to the quarter-finals.

“I didn’t expect to be eliminated tonight,” Spalletti told the press. “To me it looked like the team would be more mature and interpret things in the right way, that’s why I was surprised with some of the decisions made.

“I was surprised by how the game developed. If you have to drive a kilometre and after 50 metres you have a problem, you puncture a tire, then it becomes hard to recover.”

The Inter coach did take some of the blame, particularly how the match started, though he felt his side should not have lost.

“I think the start of the match was my fault,” Spalletti went on. “In my opinion 0-0 was a fair, correct result.

“We needed balance, to understand moments, when to force things and when to hold position. They gave us space, but we were bad and immediately lost order and balance.

“Some lost balls cost us, and Frankfurt played the game exactly as they needed to. We tried to win things individually, instead of maintaining the team’s structure.”

When pressed on whether or not he should have taken a different approach, Spalletti didn’t think it would have changed much.

“It would still have been tough,” the Nerazzurri boss went on. “In the second half the team put their heart and soul into it, but lost that sense of calm.

“They were committed, but didn’t use their heads and at a certain level you have to know how to do everything and not lost that quality.

“In trying to force the result, we lost the ball too much and that put the the team’s development of play into crisis.

“I want to repeat, the comment was there, but then correct choices are needed.”

With Inter now out of the Coppa Italia and the Europa League, attention turns to Serie A with the Derby della Madonnina coming up against AC Milan, who are one point ahead of their rivals in third place.

“I don’t know what can be expected or what we believe we can do at this point of the season,” Spalletti continued.

“In my opinion we are in the position we deserve to be in. Sometimes I see some unequal treatment [of myself] and I need to make deeper assessments.

“But I don’t want to defend myself, I want to take responsibility for the faults I have.”