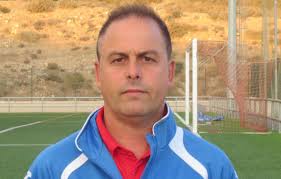 Coach Kjetil Zachariassen has come under a lot of criticism after the failure to qualify the Porcupine Warriors to the group stages of the 2019/20 Caf Confederation Cup.

The Reds were crashed out of Confederation Cup after a 2-0 defeat to San Pedro in Abidjan, losing the tie 2-1 on aggregate, having won the first 1-0 in Kumasi at the Baba Yara Stadium.

Coach Zachariassen is not likely to return to his position as coach of the club, as management is expected to name a new coach ahead of the new season.

Several coaches have been linked with the Ghanaian club but one that seem to be gaining weight is 47-year-old Antonio Flores.

Flores has previously worked in Europe and Africa serving in different roles and capacities.

"I know Kotoko is great club in Africa and would deem it a honour to work with them," he told kickgh.com

"I am not new to the terrain as i have previously worked in Uganda,Lesotho and South Africa. I have a lot i can bring to the table when i am considered for the job."

He is a cousin of current Watford manager Sanchez Flores.