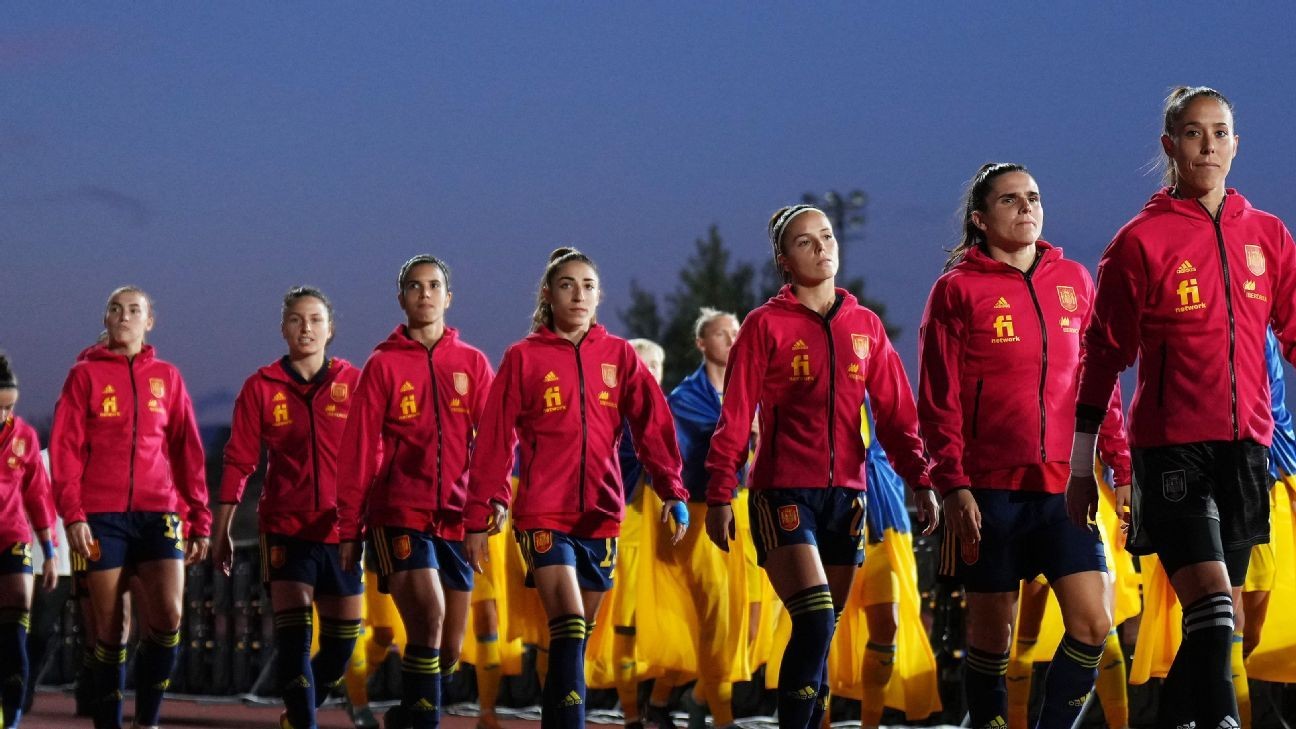 Spain are prepared to play with "younger and less experienced players" after 15 women's internationals threatened to quit if head coach Jorde Vilda is not dismissed, the Spanish FA's female football chief Ana Alvarez has said.

A statement signed by the unsettled players and sent by email to the Spanish Football Federation (RFEF) on Thursday said they were "renouncing" the national team as the situation was strongly affecting their "health" and "emotional state."

The players have not stated specific reasons for their demand that Vilda be replaced. According to sources close to the situation, the players are unhappy with the management of injuries, the atmosphere in the locker room, Vilda's team selection and his training sessions.

RFEF said it would not fold to pressure from any player regarding sporting matters and labelled their actions as being "far from exemplary and out of the values of soccer and sport."

"If we have to play with younger and less experienced players we will because the national team is above everything," RFEF female football chief Ana Alvarez said. "This is very, very serious and has never happened before, hence it's unexpected."

Alvarez said Vilda, who has been in charge since 2015 and is under contract until 2024, has the federation's full support.

"Jorge Vilda is like we all are," she said. "I spoke to him. This situation is not nice.

Despite national team's three captains -- Irene Paredes, Jenni Hermoso and Patri Guijarro -- denying last month that they had asked for Vilda's resignation, tension has been mounting between Spain players and their coach

"They [players] have decided to take this firm step," Alvarez said. "It's their decision and it's been noted. If they don't want to come and are not committed at this time, that's what it will be. We are not going to question how the players feel. They have already said it in a very clear way via a statement."

Alvarez confirmed that Ballon d'Or winner Alexia Putellas was not among the 15 players demanding Vilda's dismissal.

Rapinoe said in an Instagram post: "You've got a 16th standing with you in the United States. These many players together like this is so powerful. We should all listen."

The Spanish government, meanwhile, is hoping the situation will be resolved.

Spain's Sports Council already had to act as mediator earlier this month after female referees went on strike demanding improved conditions in what was the first season of a fully professional women's league in Spain.

"Spanish women's football was acquiring a vital and unique importance in Europe.

"We cannot afford this type of situation. Representing your country in any sport is the maximum any Spaniard can aspire to."

Spain have two friendlies coming up, first against Sweden on Oct. 7 and the United States four days later.

Vilda guided Spain to the quarterfinals of Euro 2022 before losing in extra-time to eventual winners England.