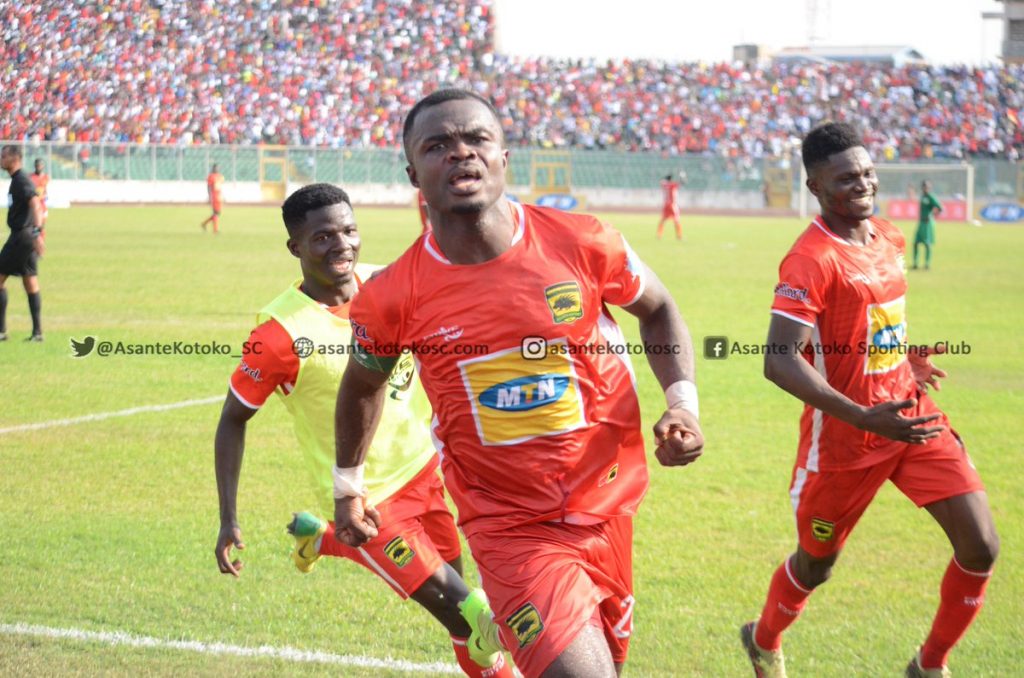 Asante Kotoko have advanced to the final of the on-going GFA Normalisation Committee Special Competition after beating arch-rivals Hearts of Oak 5-4 on penalties on Sunday.

The all-important game, which was played at the Accra Sports Stadium was the semi-final encounter of the Special Competition introduced to determine Ghana’s representative for next year’s CAF Champions League.

The Porcupine Warriors took an early lead in the 5th minute of the game through in-form Abdul Fatawu Safiu strike.

After the recess, the Phobians restored parity in the dying embers of the game after they were awarded a penalty in the 90th minute. Defender Christopher Bony stepped up to convert from the spot to the take game into a penalty shoot-out after the match ended 1-1 in regulation time.

Coach C.K Akonnor's side won the resultant penalty kicks 5-4, sending them to the final.

They will face Karela United, who beat AshantiGold 1-0 in the other semi-final game played at the Obuasi Len Clay Stadium.

Diawiase Taylor got the only goal in that game.