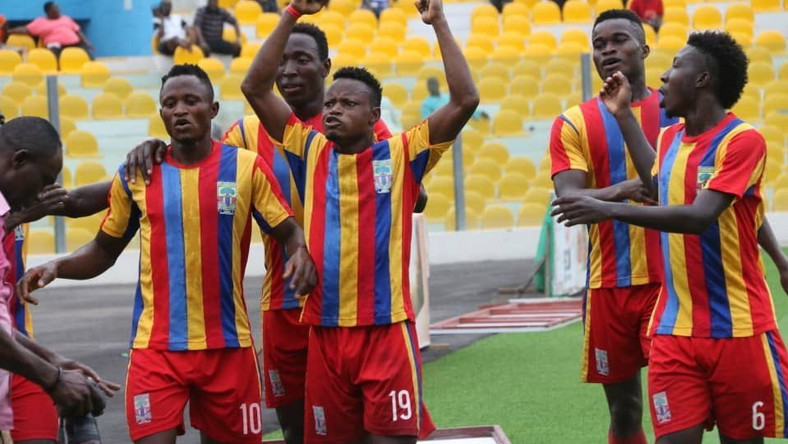 Hearts of Oak are expected to arrive in Accra on Friday after three-day camping in the Central Region ahead of their semi-final clash against Asante Kotoko in the Normalisation Committee Special Competition.

Coach Kim Grant and his lads are scheduled to head to Accra to finalise preparations for the crucial game at the Accra Sports Stadium.

The club embarked on a secret camp in the Virgin City Hotel on the outskirts of Cape Coast on Monday evening and trained on the Amissano Catholic Seminary field.

According to a close source, morale in the Hearts camp is high and the players are ready for Sunday's match.

The source said Coach Kim Grant has no injury worries and was looking forward to another impressive performance from his men. It disclosed that the mood in camp was boosted with the return of dependable defender, Mohammed Alhassan, from the Black Stars camp in Dubai.

Alhassan joined his teammates in camp on Tuesday evening after arriving in the country earlier in the day, alongside his Kotoko counterpart, Abdul Fatawu.

However, Fatawu joined his teammates in the club's Asante Mampong camping base on Wednesday.

Meanwhile, unlike Hearts, Kotoko are battling against the fitness of some key players, including Burkinabe striker, Sogne Yacouba, ahead of the big game.

Yacouba, who got injured during the Otumfuo Cup match against ASEC Mimosas, has missed the club's last three games.

The rasta-haired player only began light training this week as Kotoko hope for a miracle to enable their prized striker partner Fatawu upfront against Hearts.

Kotoko are expected to leave Mampong for Accra on Saturday.