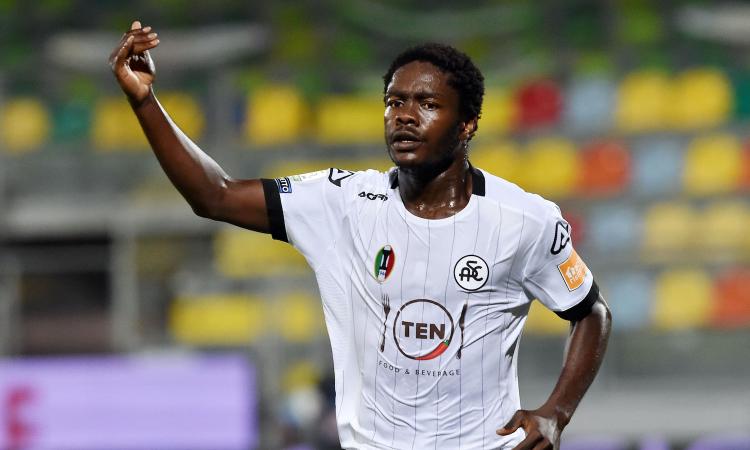 It so happens that in the previous campaign, Ronaldo gifted Gyasi his jersey during their second meeting together.

Gyasi recounted this moment on Spezia podcast ahead of the new season.

"Those are the dreams of when you are little and you have an idol. When these things happen it's incredible: getting to play against Ronaldo and being lucky enough to talk to him and ask him for the shirt was wonderful," he said.

"In the first leg we were on the bench, he came in and scored twice. At the end of the game I went to talk to him and told him that he was an inspiration for me, as well as for many young people."

"He hugged me and told me to keep working and cultivating my dream, and it was an incredible emotion. Then I asked him for the shirt but he had promised it to others. On the return I thought he had forgotten but at the beginning of the game he reminded me of the shirt and gave it to me at the end of the first half. A dream".

Gyasi is currently preparing for the new season amid transfer rumors.