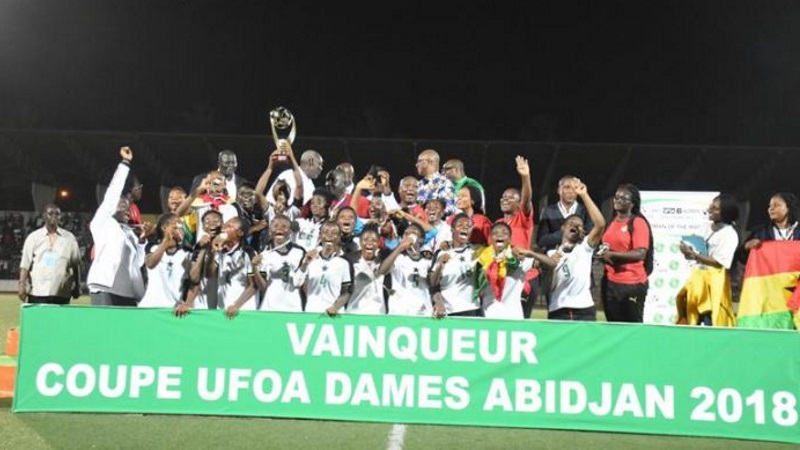 The Ministry of Youth and Sports has congratulated the Black Queens after emerging Champions at the just ended WAFU Zone B championship in Cote D’Ivoire.

The Black Queens defeated host, Cote D’Ivoire 1-0 to win the maiden edition of the competition on Saturday.

The team arrived in Ghana on Sunday and were met by the Deputy Sports Minister and some fans.

On arrival, Deputy Sports Minister Pius Enam Hadzide congratulated the team and tasked them to work hard to win the African Women Cup of Nations to be hosted in Ghana later this year.

“This is preparations towards the host and win agenda,” he said at the Airport. “You all know in November we will be hosting the Africa Womens Championship,” he added.

“We on this note want to congratulate the GFA for the commitment towards all of our national teams especially the female national teams,”

“We also want to thank the members of the management team of the Queens but above all we want thank the playing body, the Captain and your team, for the resilience and determination you have shown, “

“You lost your first game but you went on to win the trophy,”

“On behalf of the Ministry I receive this trophy,” he concluded.