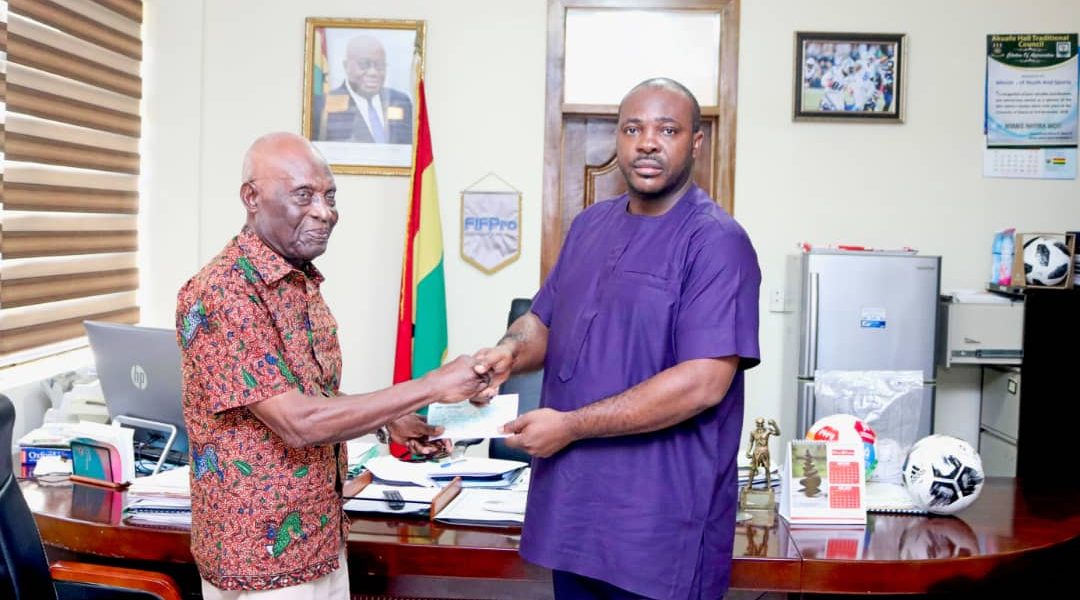 The Sports Ministry have rewarded Dr Kwamena Oboe Quansah, team Doctor of the Black Stars team that won the AFCON trophy in 1965 with a cheque for GHC30, 000.00.

Mr Quansah was believed to have been left out when the State rewarded the team for that AFCON triumph.

The retired doctor played an influential role in helping the country win its first Cup of Nations title where he ensured players of the team were always fit for games.

The kind gesture is also a form to show appreciation for his work.