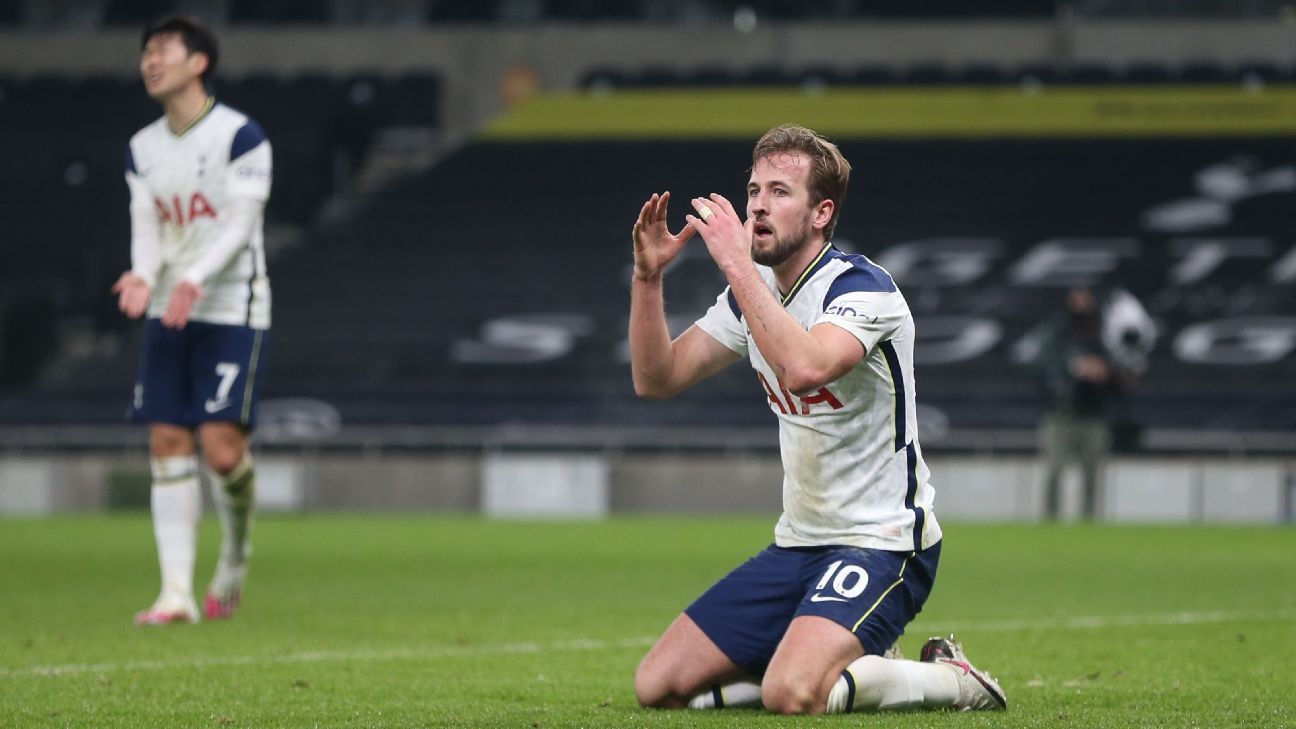 Jose Mourinho's textbook gameplan of contain, counter, minimise risk and pounce on opponents' mistakes has propelled Spurs into the title race, but it has relied more on their dynamic duo maintaining top form above all else. And things appeared to be going to plan against the Cottagers, with Kane netting a 25th-minute opener to give Tottenham a lead they just about deserved before sitting back to soak up an improved effort from the visitors.

As it usually does for Spurs this season, the moment came to kill their opponents off. As the game entered the final 20 minutes, Tanguy Ndombele, excellent throughout, slipped a pass through for Son to run at goal. His left-foot shot did not possess great pace but Fulham goalkeeper Alphonse Areola could only watch on as it trickled goalwards. The ball hit the inside of the post and fell straight in his hands.

Statistics compiled earlier this week underline just how clinical Son has been in relation to his expected goals (xG), which attempts to determine the quality of a chance to more accurately determine how effective goal scorers are. Son's 61 goals since August 2016 have come at a rate of 44% above his xG. No single statistic like this is conclusive, but the sheer level of outperformance is a clear indication of his remarkable consistency.

It is, in fact, better than any other player in the world. Next best is Kane, whose 104 goals in the same period are 21.33% above his xG. The pair account for 23 of Spurs' 30 Premier League goals this season, and such a percentage contribution is surely unsustainable if Tottenham are to push their rivals all the way.

Mourinho has had Spurs winning games by fine margins, and when they fail to take the chances that come their way, pressure mounts on a back line that has buckled on more occasions than they would care to mention. Spurs have now lost 10 points from winning positions this season, the highest number among the Big Six. Instead of this result against Fulham being filed alongside efficient wins against Leeds United, Arsenal and Manchester City, it sits with Wolverhampton Wanderers, Crystal Palace, West Ham United and Newcastle United as an opportunity lost.

"I understand that in the first half we had chances to kill the game," Mourinho said after the match. "Some of them is Areola's responsibility, in the second half we had the biggest chance to kill the game but when you don't do it, you cannot concede goals the way we did it. This is the same story since the beginning of the season."

It is not as if Mourinho does not have other attacking options at his disposal. He threw on Erik Lamela for Harry Winks in response to Fulham's equaliser and a rather frantic finale ensued as Spurs suddenly rediscovered an ability to take risks, but by then the initiative had long been relinquished. Carlos Vinicius was given nine minutes but no service to find a winner. Two creators-in-chief remained unused substitutes: Dele Alli and Gareth Bale.

Harry Kane scored but Son Heung-Min didn't, and that was the difference for Tottenham. Rob Newell - CameraSport via Getty Images

Alli has shown signs of a revival but needs games to turn that into something more tangible, while Bale's dramatic homecoming from Real Madrid has virtually stalled completely, surely brought back as an option off the bench when the team needs a winning goal at the very least. Injuries have curtailed his progress but the second half of Bale's season must be more meaningful than the first.

Mourinho was in mischievous mood on the eve of this game, suggesting Fulham would need to apologise to the Premier League if they fielded a full-strength team after Scott Parker described rearranging this game with just over 48 hours' notice as "scandalous."

"No one really understands the full extent of what we've been through. We had players out there with one day's training," explained Parker afterwards, referring to the recent COVID-19 outbreak in his own squad and the postponement of Spurs' game at Aston Villa led to this fixture taking that place.

In truth, Mourinho was probably the only one who should pause for thought after orchestrating another overtly passive second half, although he shifted blame onto his defenders.

The individual skills of Kane and Son cannot always be relied upon to find the answer.