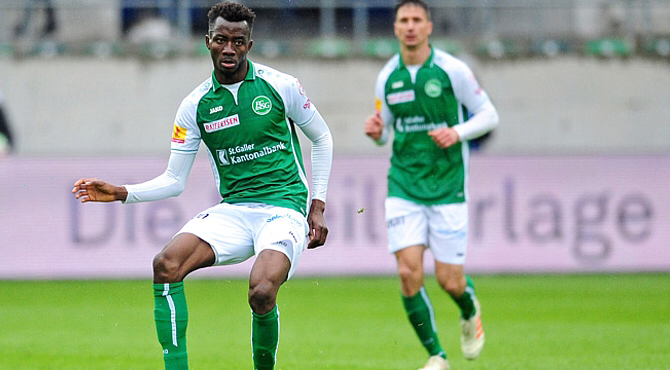 FC St. Gallen defender Musah Nuhu has praised coach Kwesi Appiah for how he treated him during his first national team call-up despite missing out of the 2019 Africa Cup of Nations with an injury.

Nuhu was one of the new boys in the team who earned their first call-ups but suffered an injury during the Stars' training in Dubai.

The former New Edubiase and WAFA defender was ruled out of the tournament after picking a knee injury, however, he lauded the 58-year-old gaffer for believing in him and inviting him into the national team.

“Thanks to coach Kwesi Appiah for believing in me and giving me the opportunity to be in his team but unfortunately this happened,” he told footballmadeinghana.com

“I hope to get well soon and strong to play under him again to achieve some glory. He made my dream come true and I’ll never forget that. I really appreciate,” he added.

Nuhu also wished the entire team the best of luck going into the tournament.

“May Allah guide and protect the entire team so that we can achieve our aim. All the very best if luck to the team,” he stated.

The youngster had a stellar season with Swiss Super League side ST. Gallen, where he made 14 appearances and scored one.

He also featured for the Black Meteors side that defeated Gabon to set a date with Algeria in the final qualifier for the U-23 AFCON.