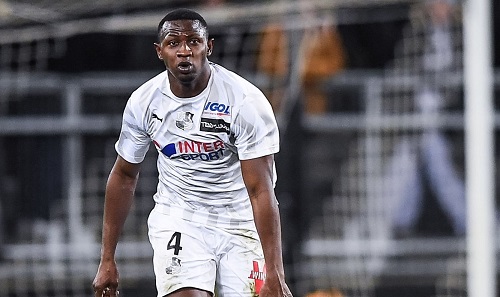 French Ligue 1 side, Stade Rennes have expressed their interest in signing Ghana defender, Nichola Opoku from Amiens this summer for a fee of €7m.

The "Red and Blacks" are in search of a centre back after Mohammed Salisu's transfer deal collapsed.

According to reports, manager for the side, Julien Stephan is keen on the 22-year-old defender.

Despite being relegated to the French Division two, Amiens are determined to sign the Ghanaian permanently and loan him to Ligue 1 side after which they will attempt to sell him for a good price.

Opoku joined Amiens from Serie A side, Udinese.

His contract with Udinese expires on June 30, 2022, but he appears out of the plans of manager Luca Gotti and has already been told that he would be sold if a good offer was received.

He joined Udinese from Tunisian side Club Africain on July 13, 2018, and made 19 Serie A appearances before being shipped to Amiens on loan in January this year.