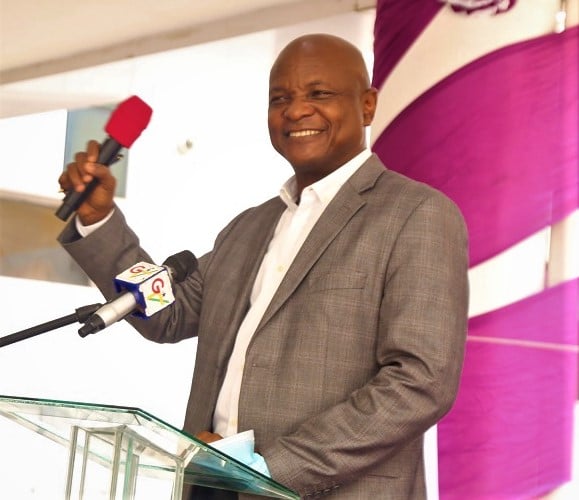 Accra Hearts of Oak Board Chairman, Togbe Afede XIV, is thrilled with the new long-term partnership with StarLife Assurance insisting that many more of such deals are in the pipeline as they seek to move the club to greater heights.

Togbe Afede XIV who is also President of the National House of Chiefs and the Agbogbomefia of the Asogli State said he is happy the club is moving forward in the right direction even without active football being played because of Covid-19.

“I am particularly thrilled with this new development between our club and StarLife especially so as we have a common thread to be dominant and show our pre-eminence on our field of operation”, Togbe Afede said.

He thanked the several management teams of Hearts of Oak that have been involved in the long process of making this dream a reality and believed that it would serve the best interest of both parties going forward.

“Several initiatives are in the pipeline and, they would be announced as and when its due and, these are all aimed at building Hearts of Oak to be the dominant force in Ghana football and establish we among Africa’s preeminent clubs”, he added.

“We also aim to put together a very strong technical team and playing body with good enough motivation to be the best among their contemporaries.”

He said when completed, “our Pobiman Academy Project would be opened to all including clubs from outside Ghana” to use the facilities for their training purposes and camping.

At the launch, StarLife announced the Phobia Assure package which is a comprehensive life insurance policy designed and created by Phobia fans for Phobia fans.

As part of the partnership deal with Hearts of Oak, StarLife also handed over a 47-seater Hyundai bus to the club for use on their travels.

With the new Phobia Assure, Phobians can sign up to policies such as the Phobia Child Education Plan, Phobia WealthMaster Plan, Phobia Ultimate Protection Plan and the Phobia HomeCall Plan.