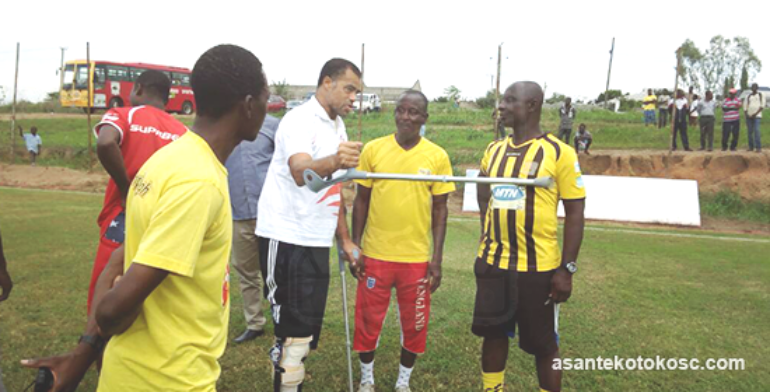 Former Kumasi Asante Kotoko head coach, Steve Polack has expressed his disappointment and frustration at the club for failing to compensate accident victims after 3 years.

In 2017, a club bus carrying a contingent of 15 players, 7 technical team members, as well as 2 journalists was involved in an accident while returning from Accra after losing 1-0 to Inter Allies.

The accident led to the deputy equipment officer, Thomas Obeng Asare losing his life with the head coach Steve Polack and several other players sustaining various degrees of injuries.

Subsequently, Asante Kotoko received huge sums of money in donations as well as insurance package to support the accident victims.

Three years on, the compensations have not been paid with players who were involved in the accident voicing out their disappointment.

Speaking to Wontumi FM, Coach Steve Polack has added his voice as he stressed that it has taken too long.

“You are an employee and you are working for an employer, you expect them (employer) to take care of you whatever that happens to you during your contract or how long you’ve been working there so we are expecting them(Asante Kotoko) to do that”, the English coach said.

He added, “Let’s be honest, they are adult, they should know these things; If the tables turn around and it happens to them, how will they feel, three years later and we still haven’t been compensated, what if is them was in the accident, don’t you think they would have already got their compensation?”

“So always you need to put yourself in other people’s shoes and feel it too, Kotoko needs to compensate us (accident victims).”