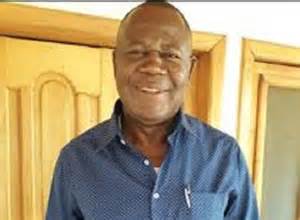 Kumasi Asante Kotoko acting Chief Executive Officer (CEO), Joseph Yaw Adu has called on Ghanaians to stop tarnishing the image of one of the most glamorous clubs in the country and has, therefore, denied reports that the club’s secretariat is in a bad state.

Joseph Yaw Adu, who is a retired Director of Sports at Kwame Nkrumah University Science and Technology began his work as the head of the interim management team yesterday.

The five-member team will be at the helm of affairs until the Professor Lydia Nkansah-led committee completes their work.

Joseph Yaw Adu responding to reports that the clubs secretariat is in a poor state said, “Asante Kotoko is a big club and no one should tarnish the image of the club, the Administration is running” he said.

The board, who are in a hunt for a Chief Executive Officer since its inauguration selected board members Mr Joseph Yaw Adu, who will lead the team, Mr Kofi Amoah-Abban, Mr Martin Kwaku Brobbey, Lawyer Kwamena Mensah and Mrs. Evelyn Nsiah-Asare to serve on the interim management committee