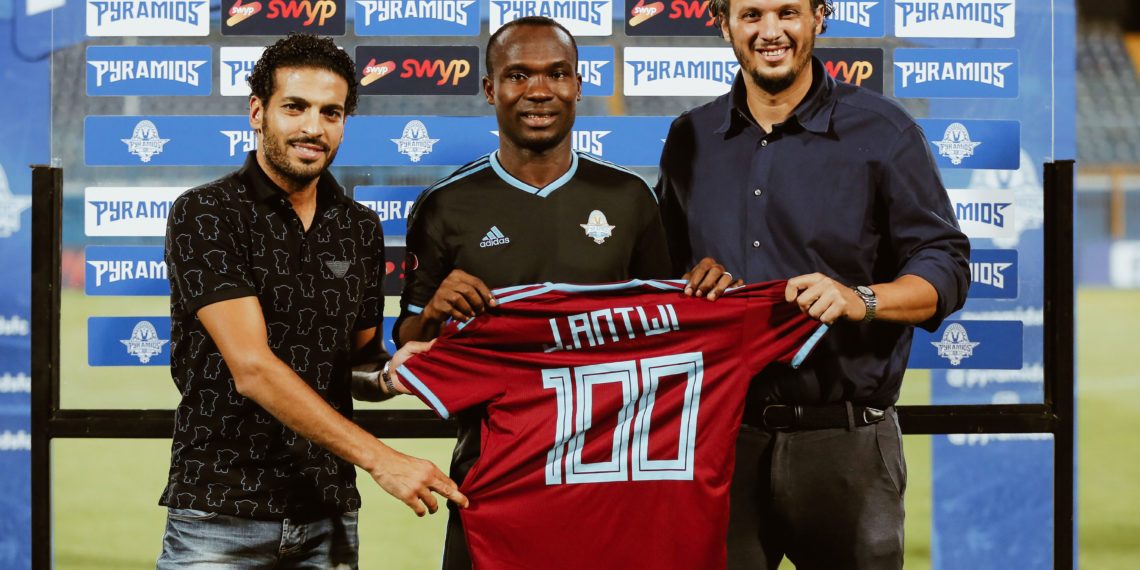 Striker John Antwi was honoured by his club Pyramids FC after scoring 100 goals in the Egyptian top flight league.

The 28-year-old was given another special award before kick-off on Monday against Harras El Hodood.

The former Dreams FC player was given a replica jersey with 100 on it with his name.

Management of Pyramids FC urged the prolific Ghanaian striker to score more goals for the club in the coming years to help them secure the prestigious Egypt Premier League title.

The right-footed striker joined Pyramids FC from Egypian side El Makasa in the summer of 2019, Antwi's current market value is €950,000.