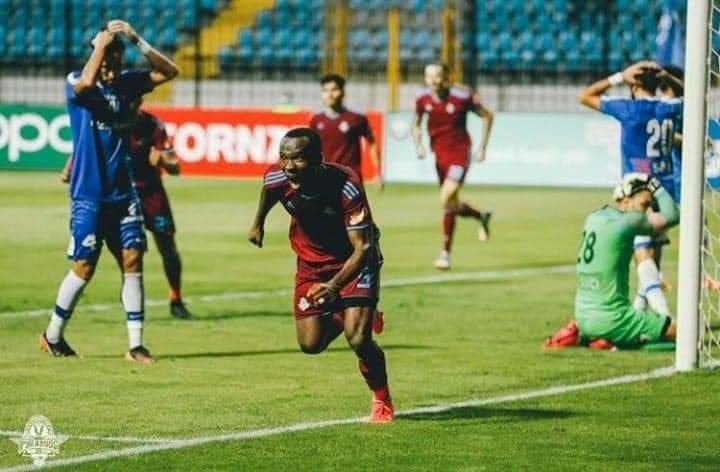 An African campaign greatly lengthened by a coronavirus-induced suspension began in August last year when the newcomers to continental football eliminated Etoile from Congo Brazzaville.

Fifteen months later, Pyramids proved too strong for Horoya of Guinea in a single-match semifinal in Casablanca, winning the midweek encounter 2-0 through goals from Ibrahim Hassan and El Said.

"I am very happy with the result as we played a good game, especially in the second half," said former Egyptian international El Said.

"The final will be tough as we face a great team, but we shall do our best to achieve our mission and raise the trophy.

"My teammates and I have been dreaming about winning the Confederation Cup from the very first match against Etoile and the determination to succeed has grown as time passes."

Hassan had an instant impact as he came off the bench and scored within 60 seconds to put the Cairo club ahead on 74 minutes against Horoya.

El Said struck a minute later to seal victory and set up a second successive final between Egyptian and Moroccan clubs after Zamalek edged Berkane on penalties last season.

Alseny Camara had the ball in the net for Horoya five minutes from time but a VAR (Video Assistant Referee) review ruled the goal offside.

VAR also overruled a penalty awarded to Pyramids for a push on Eric Traore during the second half when the match was goalless.

Horoya fielded a depleted team due to the retirement of talismanic Burkina Faso forward Aristide Bance, injuries and positive tests for Covid-19.

On Monday, Berkane edged Hassania Agadir 2-1 in an all-Moroccan semifinal thanks to two converted penalties by captain Mohamed Aziz in Rabat.

The closed-doors final will be the first played as a single match after the organisers scrapped two-leg title deciders.

Berkane are hoping to emulate FAR Rabat, FUS Rabat, Moghreb Fes and Raja Casablanca and become the fifth Moroccan club to win the African equivalent of the Uefa Europa League.

Zamalek and Al Ahly were the previous Egyptian winners of a competition that has been dominated by north African teams with 11 successes in 16 editions.