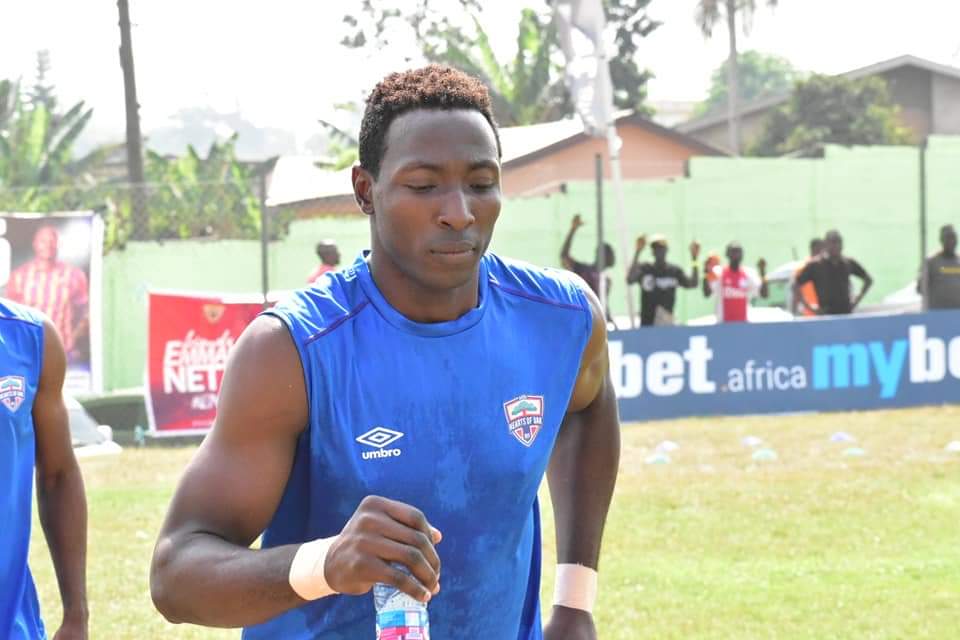 Ghanaian striker, Kofi Kordzi will pocket a whopping $500,000 after completing his move to Qatari side Muaither SC.

The 26-year-old joined the Asian side from Ghana Premier League side, Hearts of Oak.

Kordzi signed a contract with the Thani bin Jassim Stadium outfit after passing a mandatory medical examination including a COVID-19 test.

Hearts of Oak reached an agreement with the Qatari Stars League club over the sale of the former Royal FC talisman for a transfer fee of $150,000

He left the shores of the country on September 24 for trials at the Qatari side.

He joined Hearts of Oak on a three-year deal from lower-tier side Royal FC in 2019.

Kordzi quickly established himself as a cult hero with his relentless output.

He netted 6 goals in 14 games to become the club’s top scorer during the 2019/20 Ghana Premier League season which was truncated amid the Covid-19 crisis.

Meanwhile, Kofi Kordzi will pocket $500,000 after completing his move to the club.