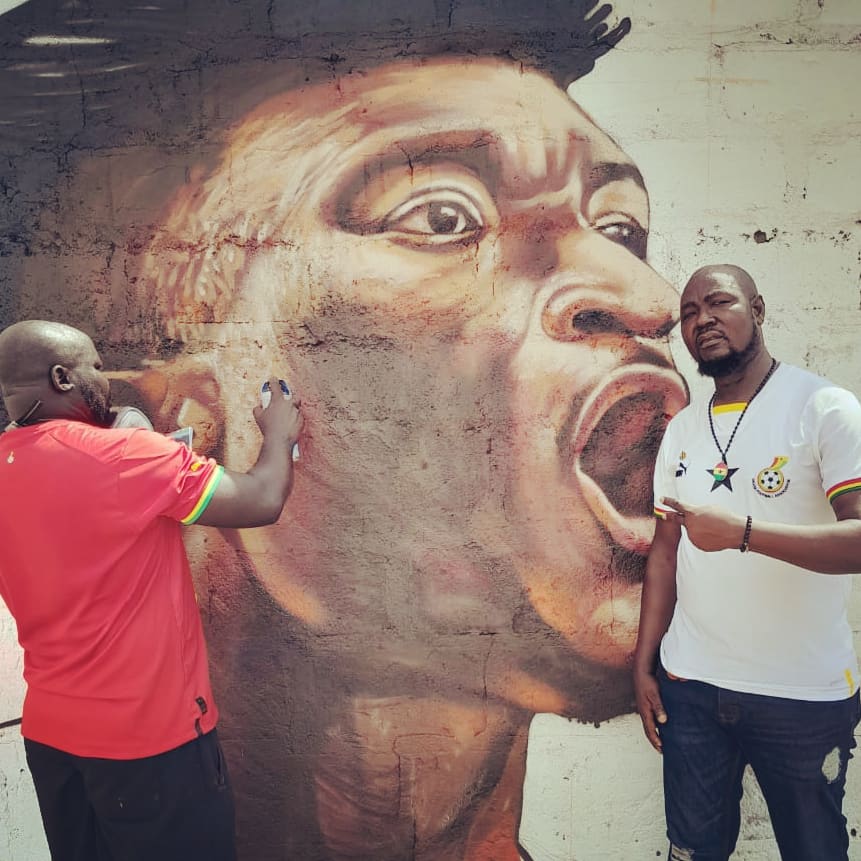 The talented youngster was discovered in Nima over a decade ago and has taken the world by storm in the last few years.

Currently, he is the poster boy of the Black Stars and is doing amazing things with the national team at the ongoing 2022 FIFA World Cup.

Delighted with the displays of Mohammed Kudus, some residents gifted in arts have put up a mural in his honour in Nima.

The residents of Nima are proud of Mohammed Kudus not only for his performance in the Black Stars but how he constantly returns home to reconnect to the community to give back.

*Kudus mural unveiled in Nima where player was discovered over a decade ago* pic.twitter.com/v6Lyp6r6Ma

Mohammed Kudus, 22, will be starting for Ghana on Friday, December 2 when the Black Stars take on Uruguay.

In that final Group H match of the 2022 FIFA World Cup, the Black Stars need to avoid a defeat to advance to the knockout stage of the tournament.