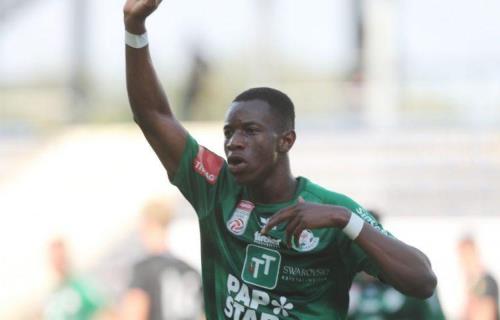 The Europa League guest appearance with Sturm Graz at PSV Eindhoven is the opportunity for Kelvin Yeboah to draw international attention once again.

It's not for nothing that the 21-year-old is one of the hottest Bundesliga stocks. After 14 league games, he holds nine goals.

"The age is right, so is the goal rate. And Kelvin has a great speed. It's logical that he is interesting for some clubs. I trust him to have a great career," explains Sturm's managing director Sport Andreas Schicker in the "Krone" .

Again and again, clubs would inquire about the striker, whose contract in Graz runs until 2024, but according to the sports director, Sturm had no official offer at the table.

According to Schicker, they will look at an immoral offer: "We have not set a pain threshold for the transfer fee."

An exit in winter is unlikely: "Kelvin has to think carefully about the next step, it is not yet fully developed. It can develop well with us."