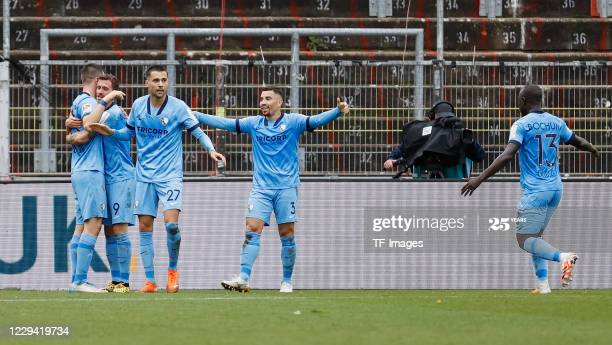 Ghana international, Rahman Chibsah climbed off the VfL Bochum bench on Sunday afternoon to score to seal a 3-1 win for the side against Hamburg SV in the German Bundesliga 2.

In a game where the defensive midfielder started from the bench, Robert Zulj converted a penalty kick in the 35th minute to give the Bochum-based club the lead.

After recess, Hamburg SV put up a good fight and drew level in the 65th minute courtesy of a penalty kick scored by Simon Terodde.

Later in the 78th minute, Danny Blum scored with an assist from Robert Tesche to restore the lead for VfL Bochum.

With 10 minutes remaining, Rahman Chibsah was introduced to help the visitors defend the lead. The defensive midfielder had an instant impact on the match and scored in the 82nd minute to wrap up a massive 3-1 win for his team against the Bundesliga 2 leaders.