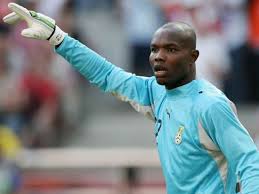 He has, therefore, named him as the best goalkeeper ever in the country.

Muntari who shared the dressing room with the former goalkeeper’s trainer of the Black Stars believes he was the best.

“For me I think Olele is the all-time keeper, for me Ghana and the world. I will pick Olele as my best goalkeeper”, Sulley Muntari told Richmond K. Entsie in an interview.

He continued that, “It is always by the Grace of God that one succeeds in life but your teammates are also very key.

"You can be lucky to get really good teammates and I was lucky to have them. Michael Essien, Stephen Appiah, Laryea Kingston, Eric Addo, and when I was growing up Derrick Boateng, Razak Ibrahim, Razak Bempong, they were just different kind of players”.