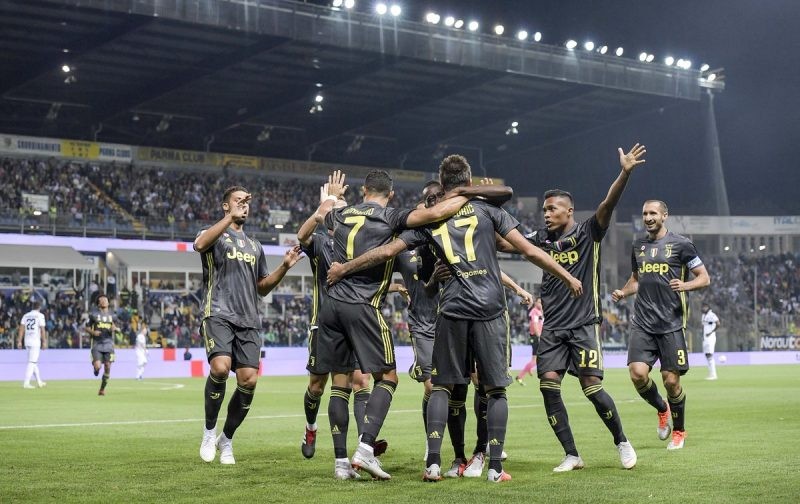 For the first time in Juventus’ history, they have won their opening three Serie A matches in three consecutive seasons after beating Parma 2-1 at the Stadio Ennio Tardini on Saturday evening.

It was not an easy three points though and the Crociati gave the Bianconeri problems of their own, particularly in a thrilling first half that in truth should have ended with the hosts in front.

All signs suggested a stroll to victory for the reigning champions when Mario Mandzukic put them ahead inside two minutes in almost comical fashion. Juan Cuadrado delivered an excellently whipped cross from the right onto the forward’s head, but his attempt bounced off the back of Simone Iacoponi, only to fortuitously fall at the feet of the Croatian again, allowing him to tap home.

From then Parma came to life. Gervinho was central to their every attack; he kept the Juve backline on their toes and seemingly had the beating of them all. The ex-Roma winger tricked his way into the six-yard box before rolling across goal for what looked a certain equaliser only for Cuadrado heroically throwing himself in the way to turn behind.

Leo Stulac then rattled the crossbar with a well-struck freekick before Parma did draw level through the Ivorian. A cross from the left evaded everyone including a poor Wojciech Szczesny and he was on hand to tap in from inside the six-yard box.

Cristiano Ronaldo had a largely frustrating night and his highlight reel will include a missed header, an attempted scissor-kick air shot that sparked an eruption of laughter around the Tardini and a handful of other chances that he would have expected to score.

Mandzukic was again key as Juve went back in front. A well-worked move ended as Alex Sandro found the No.17 inside the area who caught everyone flat-footed by offloading it to Blaise Matuidi with a neat backheel that allowed the World Cup winner to finish into the roof of the net. The stars come and go in Juventus’ attack but what remains a constant is Mario Mandzukic’s presence. Straight back to his best this season as if World Cup fatigue is no more than a myth, the Croatian has hit the ground running when those around him are struggling to find their feet still.

Often swapping places with the Portuguese superstar, Mandzukic just got on with his own game and did exactly as asked wherever he found himself.

There was a large slice of luck involved as he gave Juve a lead, but workmate and doggedness is not all that he offers, as was so brilliantly highlighted as he set up Blaise Matuidi for the Old Lady’s second with a seamless backheel in the Parma penalty area.

Cristiano and Paulo Dybala might not be in top form yet this season but with Mandzukic around, Massimiliano Allegri can rest easy. Parma’s best player during his hour on the pitch and Juventus couldn’t get near him when he got running at them. At times it seems as though the Ivorian doesn’t even know what he wants to do with the ball himself, which can present a problem for defenders but bring sheer excitement to supporters of his own team.

Roma fans will remember that his flair can often be overshadowed by the frustration he brings, but now in a smaller pond of Parma, Gervinho will be key to the Gialloblu’s survival hopes this season.

His reaction to being withdrawn though suggests that we may never be too far from an ego explosion – staring in disbelief at the red No.27 before exiting without so much as a solitary handshake or wish of good fortune to his replacement Alessio Da Cruz- as he appeared offended at the thought that he might not finish the 90 minutes.

Gervinho at Parma is worth watching and whether it’s for footballing reasons or otherwise, this is a marriage that will bring entertainment to the neutral.