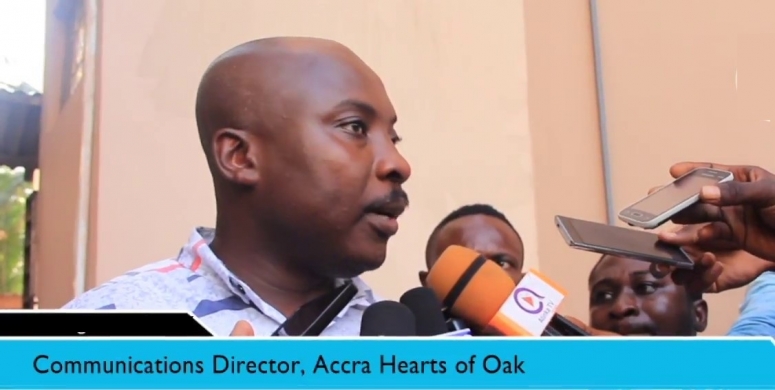 Mr Kwame Opare Addo, Director of Communications for Hearts of Oak SC has urged all Phobia supporters to believe in the principles of the club and throw their support behind the board to succeed.

The Board Chairman Togbe Afede XIV had mentioned at the launch of the Pobiman project that the supporters’ behaviour towards the club, the insults among other things are not helpful and they should desist from such acts in order to pave way for the club to do well.

Reacting to this, the Communications director indicated that “We must all believe in the principles of the club even if you don’t agree with it. Nobody is saying that we shouldn’t criticize but it must be constructive. If the Board takes a decision we must all as supporters back the Board of Directors”.

“Some people will criticize everything and when you ask them for options, they have nothing to say. Nobody should think that those leading the club have no wisdom. It is not proper for the team’s development” He added

He believes that, once the chairman of the supporter’s front is on the club’s Board of Directors, it should be a reason for all to trust in the decisions they make.

“How many football clubs in Ghana have their supporter’s chairman on their board? We want them involved in everything we do that’s why we have the chairman on the board”.

Opare revealed that the behaviour of some Phobians has failed to earn some prospective sponsorship to the club.

“Sometimes we get so close in getting sponsorship and one negative comment will take us back and we won’t get the deal. That needs to stop because it is not helping anybody”.