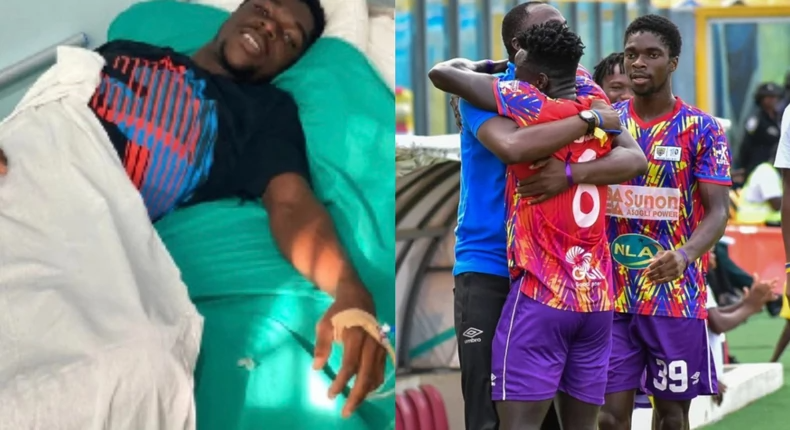 The Ghana Health Service (GHS) has implored the Ghana Football Association (GFA) to temporarily suspend Hearts of Oak games over a 'strange' disease that has hit the club's camp.

Before the matchday 29 games against Gold Stars, players of the Phobians were admitted at the hospital and were discharged for the game at the Accra Sports Stadium.

However, in the matchday 30 games, Hearts of Oak were billed to be hosted at the Ohene Ameyaw Park in Techiman against Eleven Wonders.

The tie was postponed by the Ghana Football Association [GFA] after the outbreak of the disease again at the team's camp.

The GHS said the move has become necessary with regard to the health and safety of the players.

The club announced that the game was postponed on medical grounds in a statement that reads, “Our match against Eleven Wonders has been postponed following advice from the Ghana Health Service. According to the GHS, they are still investigating the cause of the illness that affected the Hearts of Oak team.”

Subsequently, the GHS has added more details of the reason to postpone the game highlighting that Hearts of Oak should not play any football match in the next seven (7) days, ensuring the strict isolation of footballers and staff of the club who show symptoms of respiratory illness among other things.

The GHS added that it will be conducting random tests on footballers in the various clubs in the league to understand the extent of the outbreak to ensure the safety of clubs. 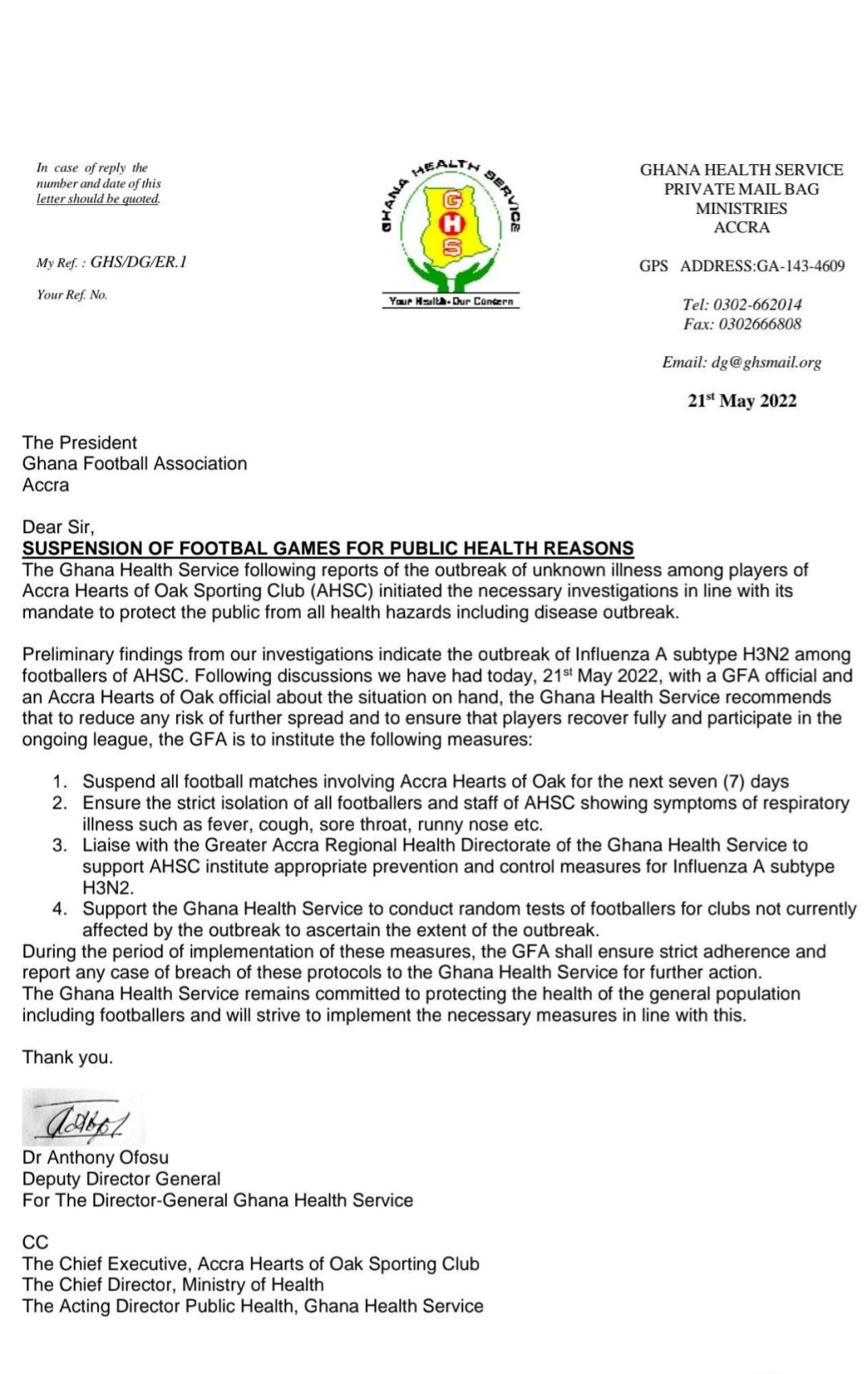