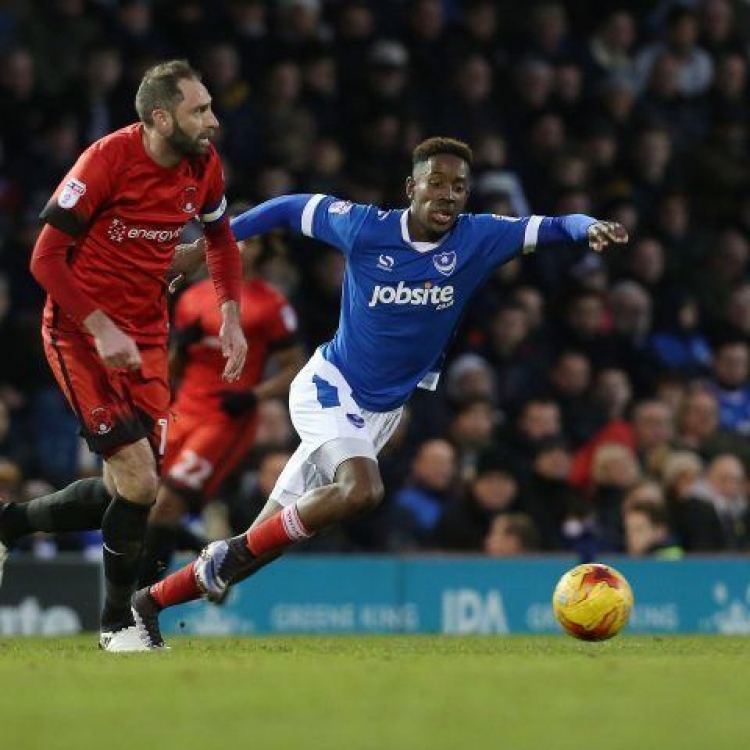 The 26-year-old has become a target for several clubs following his impressive season with the English Championship side.

Report in the UK says Wigan have turned down an amount of 500,000 euros bid from Swansea City and other clubs as the transfer fee being tabled by the two sides are far below their asking price of 1.5 million euros for their prized asset.

The report further claims that Wigan Athletic are still owing Portsmouth over the transfer fee of the 26-year-old striker and they will need an amount of 750,000 euros to offset the debt with his sale this term.

Steve Cooper's side are on a hunt for an attacking forward and have penciled down the sharpshooter as the ideal man for their frontline option ahead of the new football season.

Jamal Lowe is destined to leave Wigan Athletic FC this summer following their relegation to the League One in the just-ended season.

Lowe made 48 league appearances for the DW Stadium outfit having scored 6 goals and provided 5 assists during the 2019/20 season.

The former Barnet striker's running contract with Wigan Athletic will expire in June 2022 and his market value has been pegged at 1.4 million euros as per transfer market.

Newly-promoted EPL side Leeds United and Turkish giants Fenerbahce are all interested in the former Portsmouth forward.