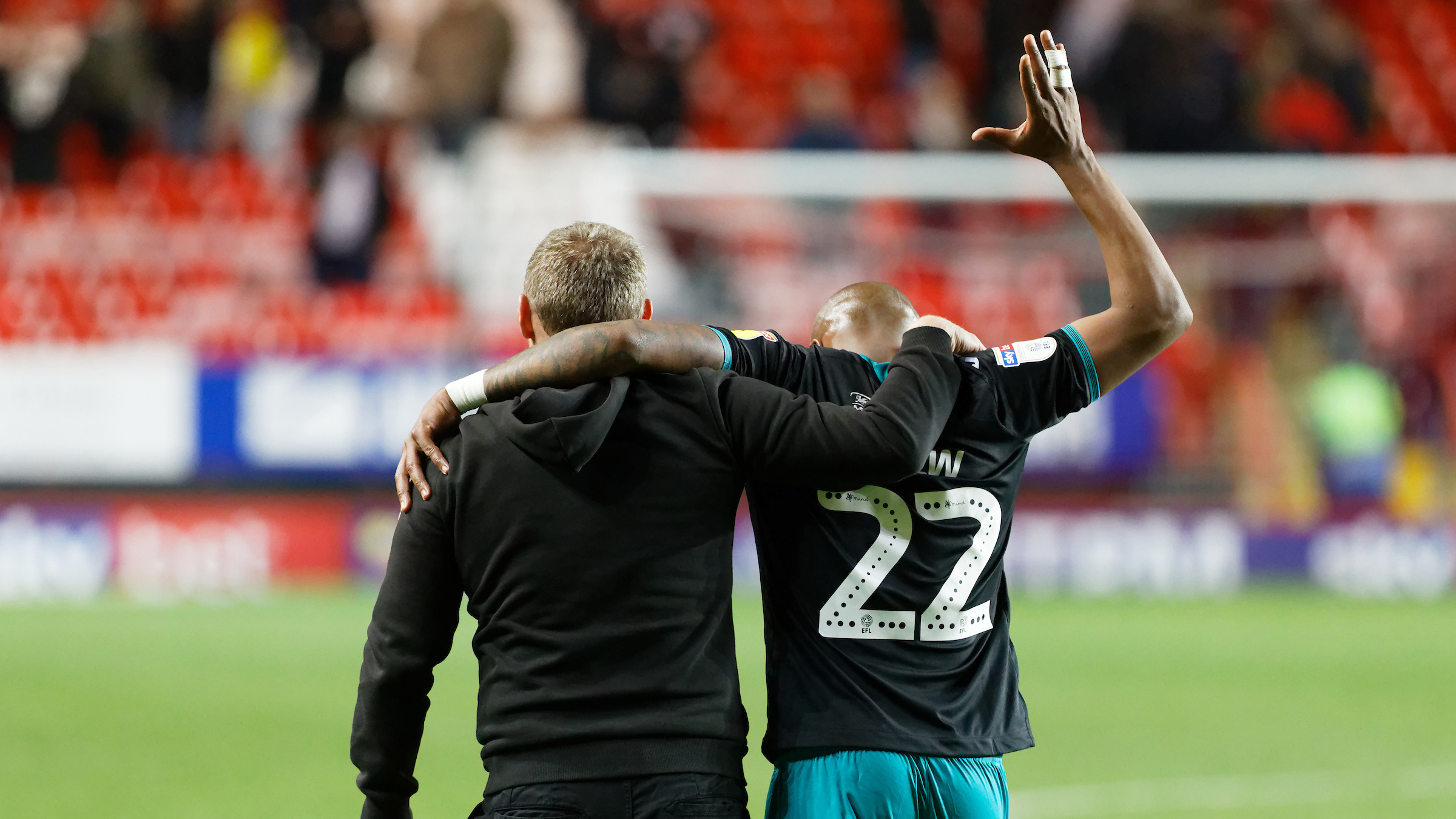 Swansea City manager Steve Cooper has opened up on Andre Ayew's reaction after missing two glorious chances in their 2-2 draw against Sheffield Wednesday.

The 29-year-old gave the Swans the lead as they picked up a vital point at Hillsborough Stadium on Saturday.

Ayew had two clear cut opportunities to bury the game, however he fluffed his lines as the Welsh side return with a point from Sheffield Wednesday.

"That was the clear-cut one. He knows that, Andre. He's disappointed in the dressing room," says Steve Cooper after the game.

"We've got the point and I'm pleased that we've got it because if we'd have lost today it would have been a travesty after coming to a place like this and showing the confidence to play as we have.

"I think that bodes well for where we're trying to go. There's a lot to get our heads around because it was such a mad end to the game but I'm just pleased for the boys that for the way they played and the resilience they showed they got the minimum they deserved."