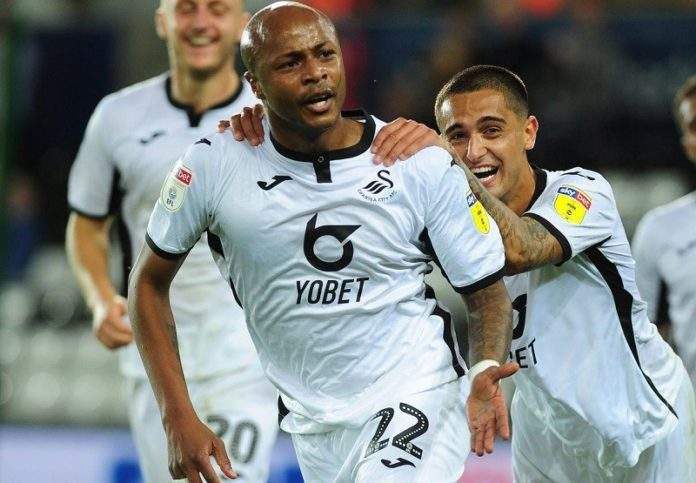 Swansea City defender Joe Rodon has disclosed that he is pleased with the decision of Ghanaian attacker Andre Ayew to stay at the club at the end of the summer transfer window, describing it as a massive bonus for the club.

The Black Stars captain was at the center of several transfer regulations which linked him with a move away from the Championship side.

Despite several interests from European top-flight clubs, Ayew opted to stay at with the Swans to help them fight to gain promotion to the English Premier League at the end of the ongoing season.

Commenting on the Ayew’s decision to remain at the club, defender Rondon told the BBC, “Obviously it is a massive bonus for the squad and the fans as well. He has come in and put his game to work and has been brilliant for us. Hopefully, he can continue doing it all season long”.

Dede Ayew has so far managed to bag two goals and has provided two assists in all competition for Swansea.

He is expected to be key for Steve Cooper throughout the rest of the season.