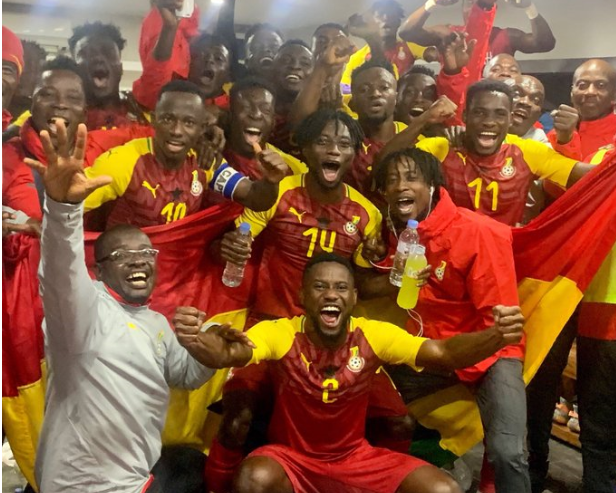 Black Stars of Ghana captain Andre Ayew has congratulated the Ghana U-23 team after they defeated Algeria 2-1 on aggregate on Tuesday seal qualification to the 2019 U-23 Africa Cup of Nations.

Yaw Yeboah’s second-half strike was enough to secure an important 1-0 away win at the Setif Stadium to qualify for the U-23 Africa Cup of nations which will be held in Egypt later this year.

The Black Meteors were held to a 1-1 draw by the Fennec Foxes last Friday at the Accra Sports Stadium before traveling to Algeria to seal a 1-0 win.

After the game, Swansea City and Ghana forward Andre Ayew took to his Twitter handle ton congratulate the team for their remarkable performance.

Ghana will join seven other teams and hosts Egypt for the final tournament from November 8 to 22.

Afcon will, in turn, serve as qualifiers for next year's Tokyo Olympic Games, with the top three teams in Egypt set to represent Africa at the global showpiece.

The Black Meteors have not appeared at the world event since Athens 2004.