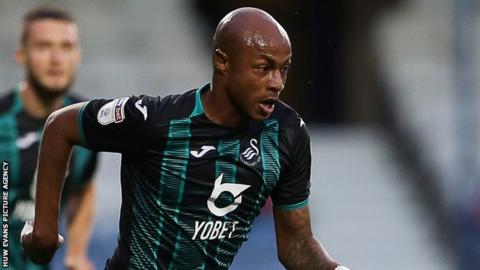 The former West Ham star has been on the score sheet in his last two outings for the; a winner against Charlton and another in Swansea’s 2-1 loss to Stoke last weekend.

He was expected to leave the English Championship side during the summer, before opting to stay and giude the club back to the Premier League next season.

“It’s really annoying when you score and don’t win the game,” he said. “But it’s always good to score for this club. I’m happy to score at home for the fans and I hope there are plenty more to come.

“I also hope there will be more victories ahead of us – that’s more important.”

He re-joined Swansea City in 2018 after a disappointing two year spell with Premier League West Ham.