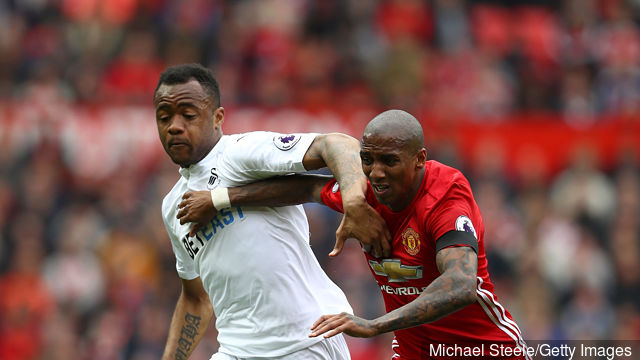 Ghana striker Jordan Ayew has not been able to move from Swansea following the transfer fee demands placed on him by the club.

Ayew who excelled for the Swans last season has had many suitors but the asking price of the Welsh team has made it impossible for clubs to sign him.

He has refused to train as he seeks to push a move away from the Championship side.

Fulham and Crystal Palace have made contacts with the representatives of Jordan Ayew for a possible move.