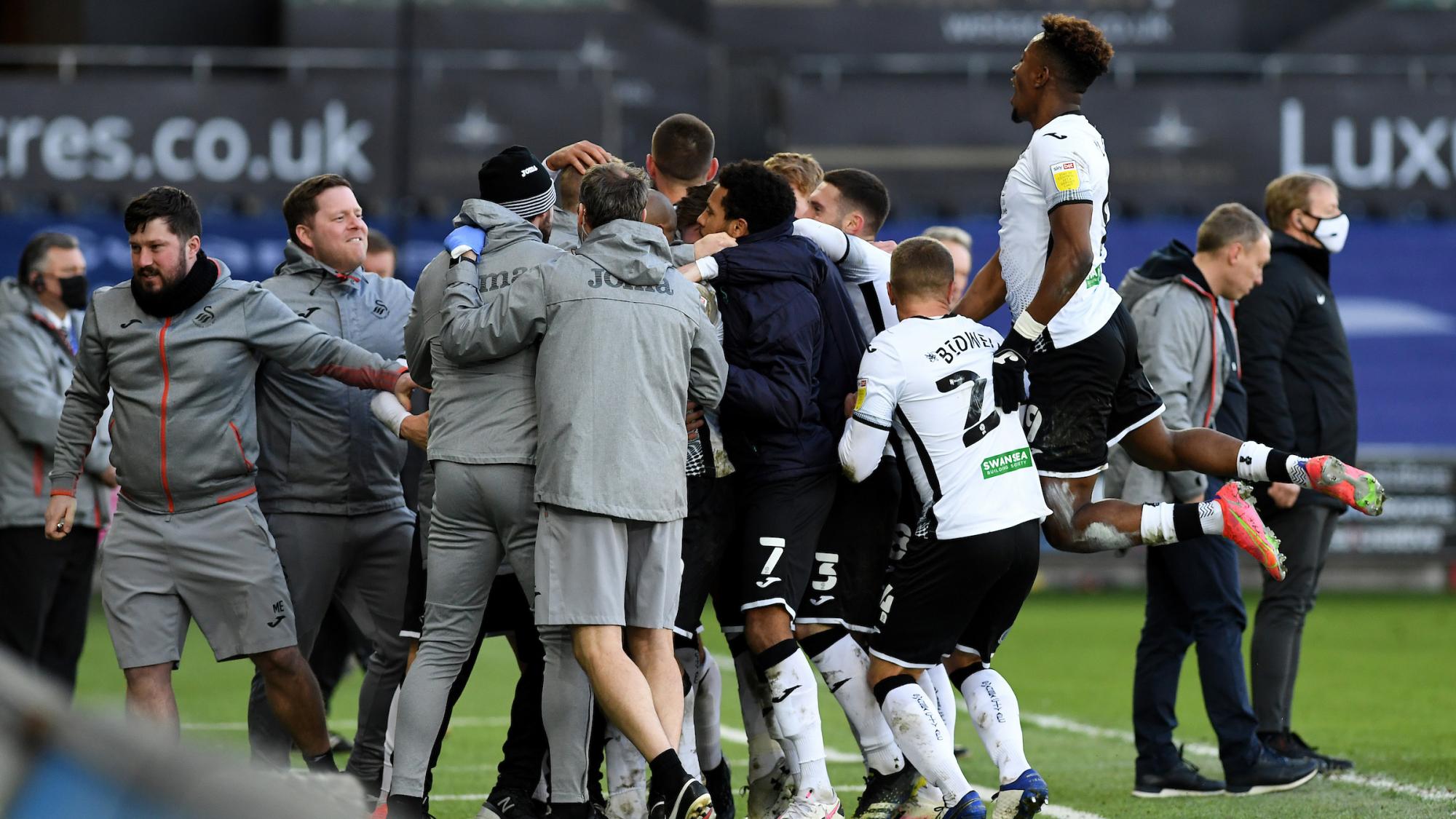 The 31-year-old continued his impressive goalscoring form for the Swans as he scored twice in their 2-1 win over Middlesbrough in the English Championship on Saturday at the Liberty Stadium.

Swansea City are now third in the table with 65 points from 33 games, a point behind Watford who have played two games more.

"It’s not just about the penalties. The fans will see the goals that he scores, but he's a leader behind the scenes and fantastic to have around the place," said Woodman as reported by swanseacity.com

"I feel like I've learned so much off him; even just having a chat with him about different things. He gives great advice out and he gives you this confidence and belief when you do speak to him.

"The fans see the goals, but everyone at the club realise that he's even better at getting the best out of the players around him - even the younger lads."

The double extended the Ghana international's tally to 12 goals after 32 league matches for the Swans.