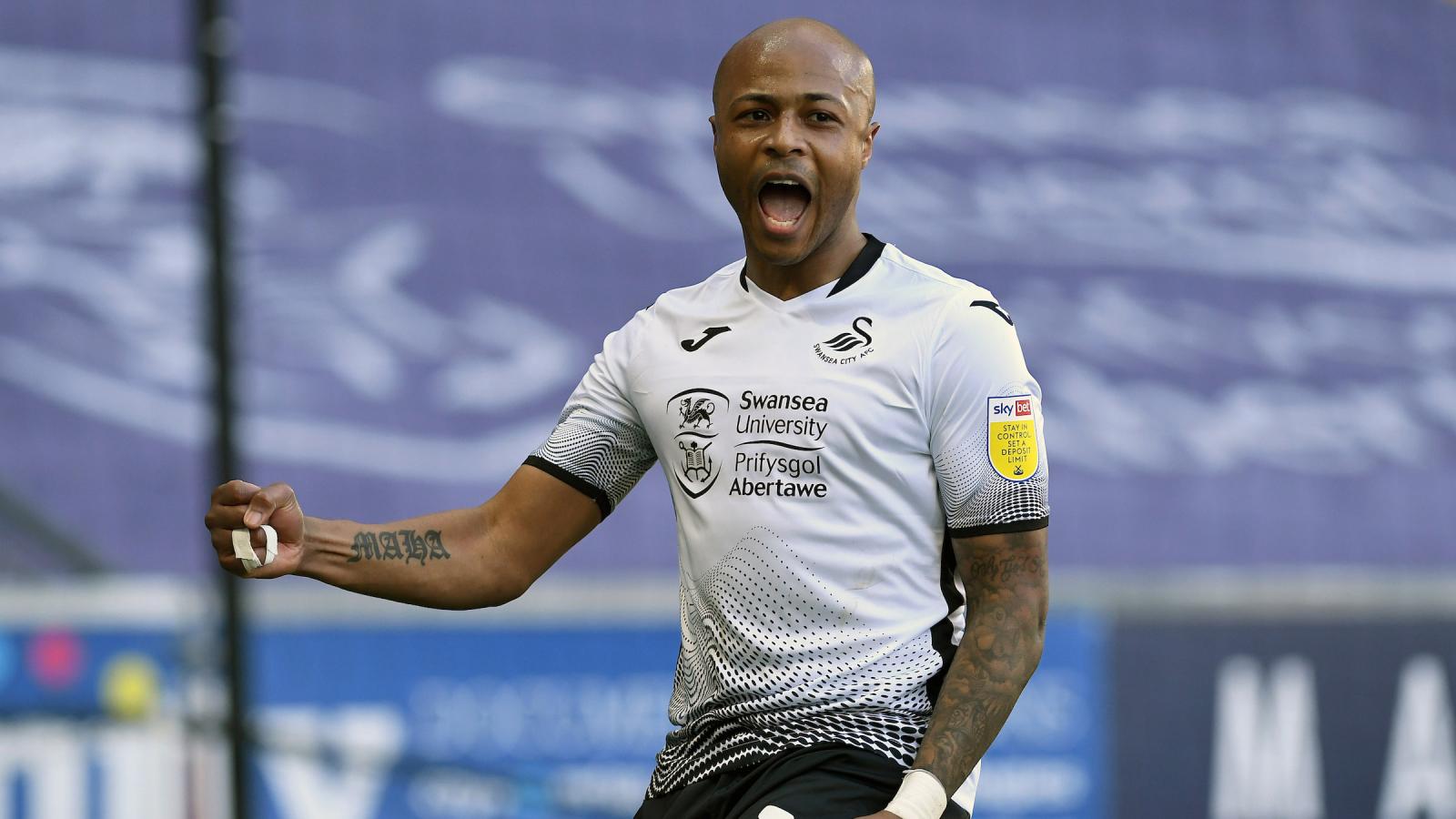 The head coach for Swansea City, Steve Cooper has revealed that Andre Ayew will have a late fitness test before his team takes on Birmingham City on Friday, April 2, 2021.

The Ghana captain suffered an injury setback last Sunday while in action for the Black Stars in the Africa Cup of Nations (AFCON) qualifier against Sao Tome & Principe at the Accra Sports Stadium.

Although Steve Cooper has revealed that Andre Ayew has not trained with his Swansea City teammates since his return to the club, the gaffer says there is a chance he could feature in the game against Birmingham City,

“Andre’s back and everyone knows he had a bit of a knock.

"Conor Hourihane came off against Cardiff so them two players have got a chance of playing but they’re not training at the moment.

"We’ll see how it goes by the time Friday comes,” the gaffer said in a pre-match interview.

Coach Steve Coopper added, "When Conor walked off in the last game, I think we all thought he pulled his hamstring which could be a minimum of two or three weeks.

"But it was nerve damage as opposed to a strain which is really positive. That’s why he’s not far off being back with us. That was positive. Andre’s not too far off either.”