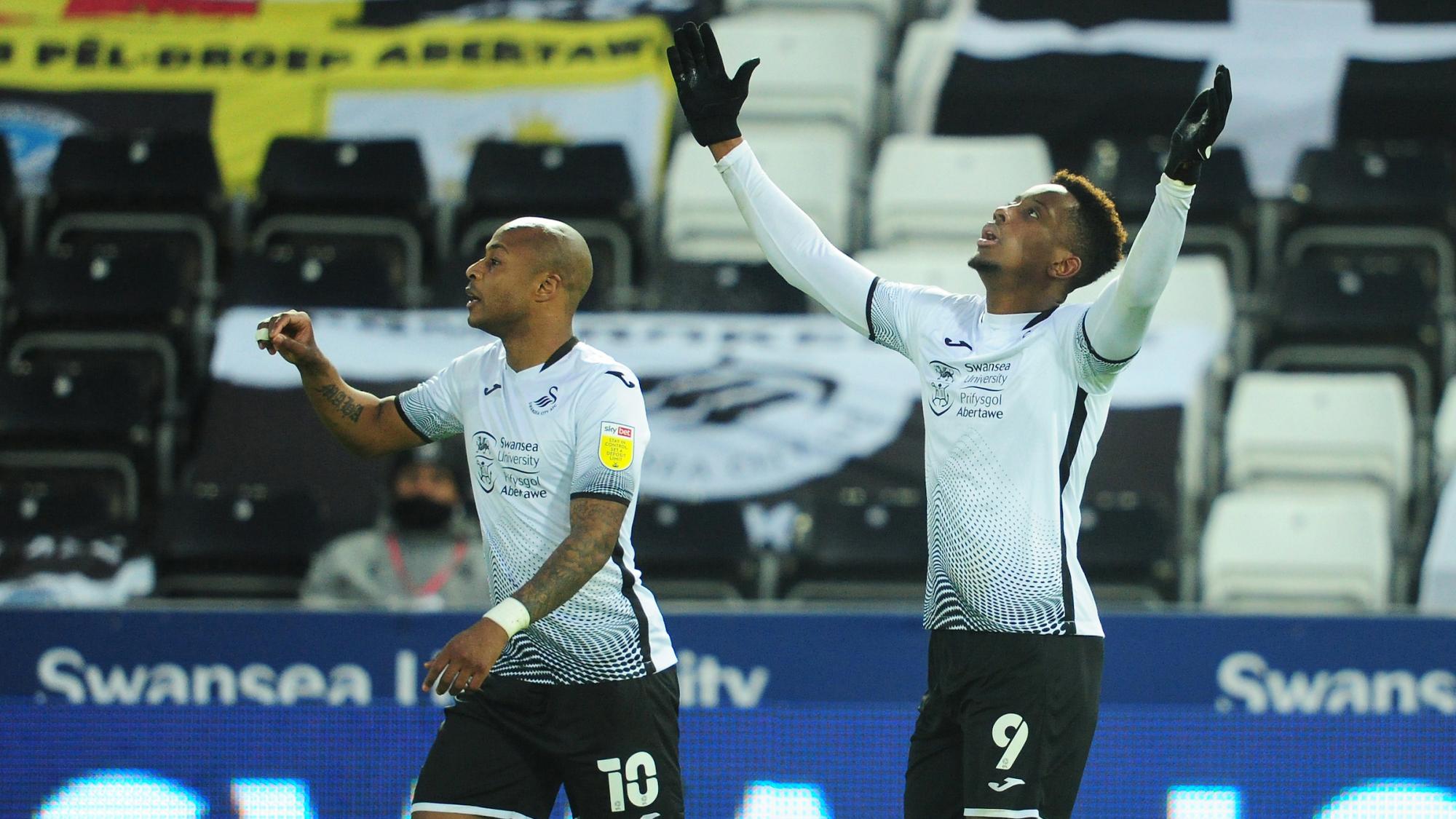 Ayew has scored eight goals and provided two assists for the Swans in 22 appearances so far.

The Ghana skipper is currently enduring a tough spell in front of goal, but Lowe, believes his overall contribution to the side cannot be overlooked, as the Swans continue to pursue a place in the Premier League next season.

"I’ve got the king (Ayew) next to me who is obviously a top striker and has been for years," he said as quoted by citisportsonline.com.

"He’s a big player and I watch, train and speak with him every day. He helps me and I do a lot of video work with the gaffer and Marshy (assistant coach Mike Marsh).

"It’s also out and out training. We do a lot of work in our shape and it’s just practicing where to move.

"If I make a mistake or go in the wrong place, I soon find out the ball is not going there. You get to learn the players, the position, and the role."