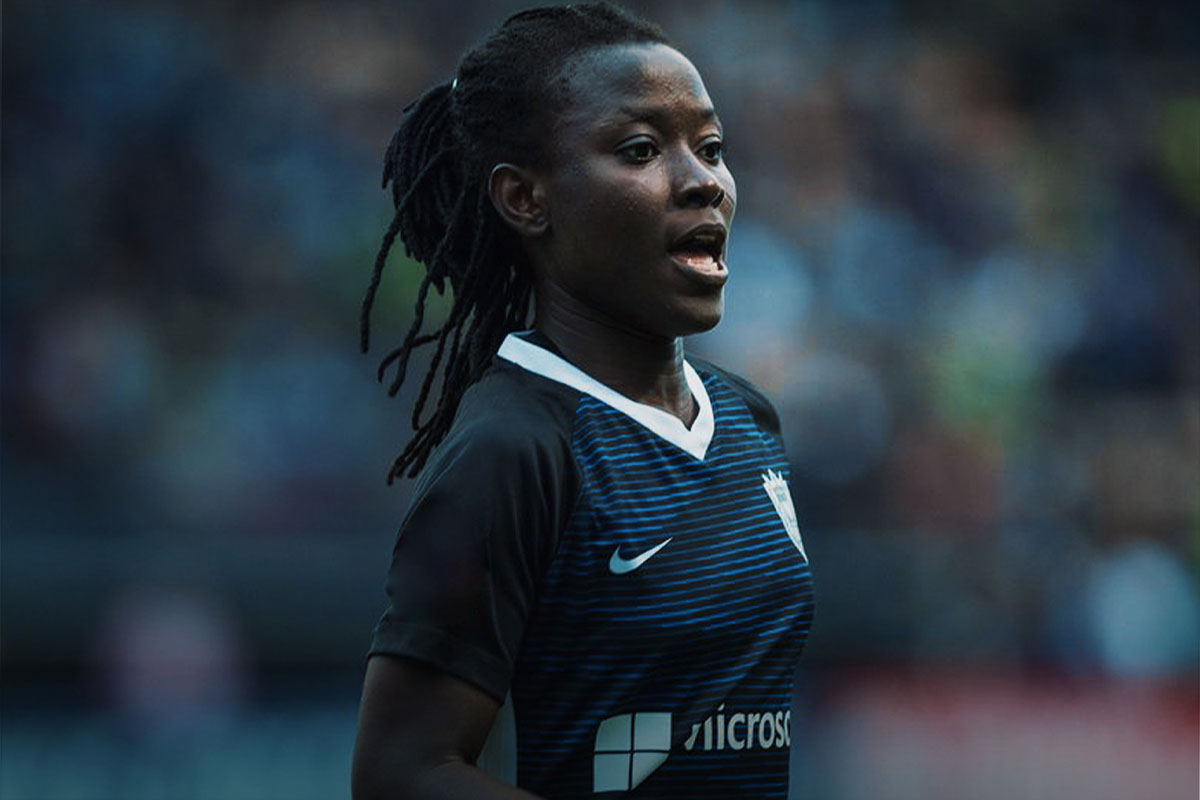 Swedish side Djurgarden have completed the signing of Black Queens skipper Elizabeth Addo ahead of the start of the new season.

The 27-year-old joins the club from North Carolina Courage on a six-month deal, with an option of a one-year extension.

After putting pen to paper, she said she is looking forward to returning to Sweden.

"It feels very good to be able to come to Djurgården. This is not the first time I come to Sweden because I have played for Kvarnsveden before and it is fun to come back. Sweden is a nice country with nice people so I am happy to come here again and play for Djurgården," Addo told the club's website.

"I am ready to work hard and help us reach as high as possible in the table, says Elizabeth who played against DIF before. - I know that Djurgården is a good team and when I played in Kvarnsveden we met and then it was tough resistance. Otherwise, I have not had time to read much about the association yet, but I usually learn quickly."

Teaming up with Portia Boakye, she added, " Portia is my teammate in the Ghanaian national team and it will be fun to play with her.

"We have played many international matches together and know each other very well."