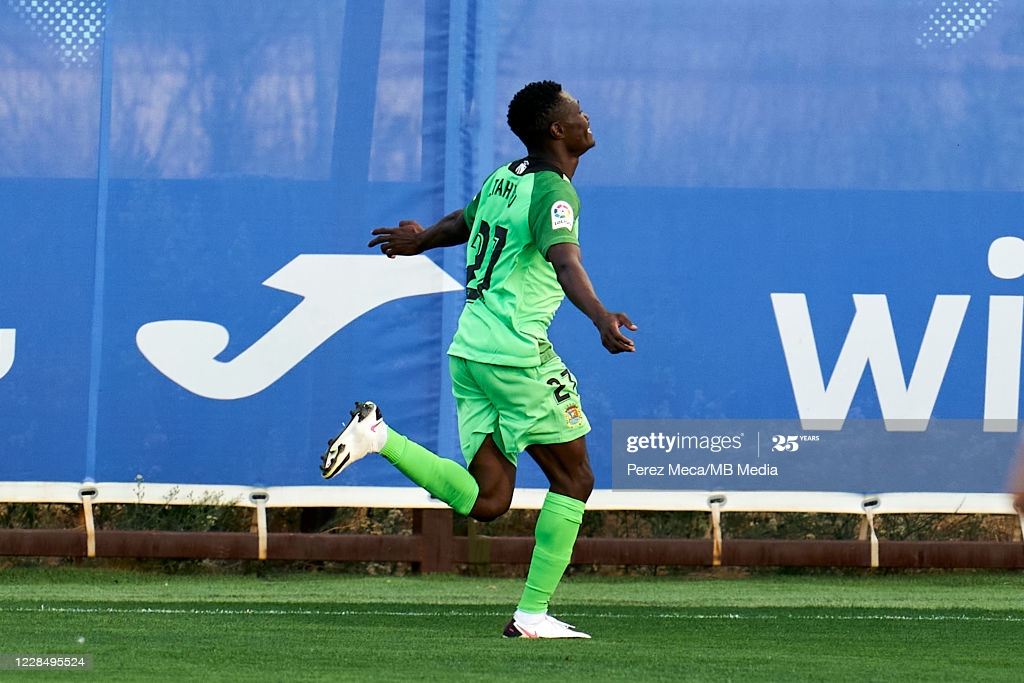 Ghanaian international Tahiru Awudu announced his presence in the Spanish lower-tier league over the weekend when he scored to power FC Fuenlabrada to a 2-0 win against Lugo.

The youngster joined the club on loan from Medeama Sporting Club on Saturday to give the team a squad boost.

Just a day later, Tahiru Awudu was called into action when FC Fuenlabrada hosted Lugo on Matchday 1 of the 2020/2021 Spanish Segunda season.

The exciting forward excelled for his new team and managed to register his name on the scoresheet. His opening goal plus an equalizer from Randy Ntekja inspire the home team to a 2-0 win.

Off with a bang, Tahiru Awudu will hope to continue in a similar form in subsequent matches.