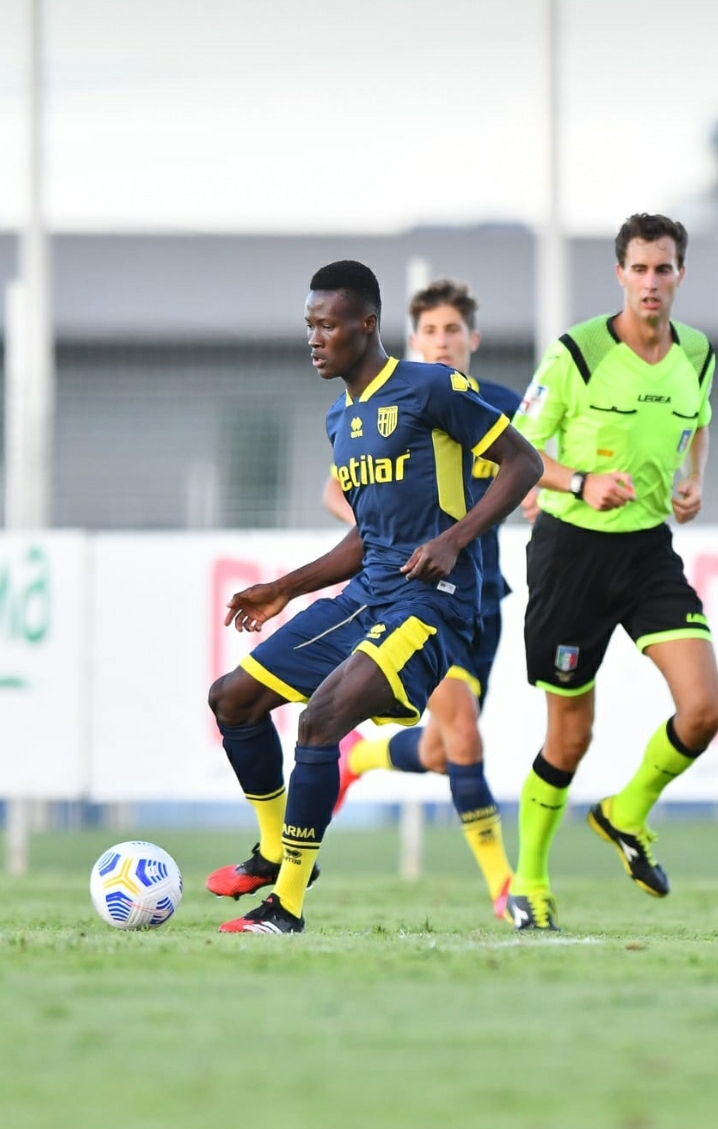 Ghanaian midfielder enforcer Ahmed Awua put in an imperious display for Parma over the weekend as they triumphed 4-1 on the road against Monza in Italy's Primavera division.

Parma came out of the block firing from the blast of the whistle. The visitors went into the break with a two goal lead through teammates Paolo Napoletano and Chaka Traore.

Monza got a goal back in the second half but could  not stem the tide of the of the visitors who scored two additional goals to wrap up the game.

At the heart of Parma's dominant performance was Ahmed Awua. The 19 year old was a defensive bulwark for the visitors. Breaking down attacks with interceptions, tackles and closing down opponents.

There were flashes of his playmaking skills, as Awua acted as the facilitator in his deep lying midfield role. Occasionally splitting defense with penetrative passes.

In other matches involving young Ghanaian talents in Italy's youth divisions, Salim Abubakar was in action for Sassuolo who drew 1-1 away to Lazio in the U18 championship. Justin Kumi played 90 minutes for Sassuolo's U17 team in friendly against Spal. Result 1-1