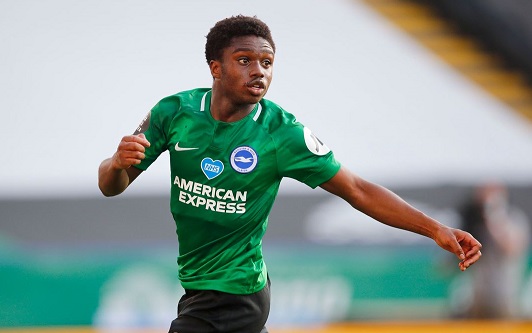 Tariq Lamptey's school coach, Huw Curnow, noted that the current Brighton and Hove Albion right-back was better than most players in his youth team.

The pair worked at Queensmaed school and the youngster steadily moved up Chelsea's youth team setups.

Curnow remembered his abilities during their time together.

"He was really, really polite - unusually for his age group. He was respectful and had a really good attitude," Cornow told The Mirror.

"But he was definitely aware of his ability. He would take all the free-kicks and the penalties, and I think the people playing with him knew how good he was, so there was no kind of competition.

"We weren't an outstanding team that would achieve much in local competitions, but we were noticeably better when he was in the team, for sure.

"It was quite hard to pick up the team's morale sometimes when he couldn't play because of Chelsea commitments."