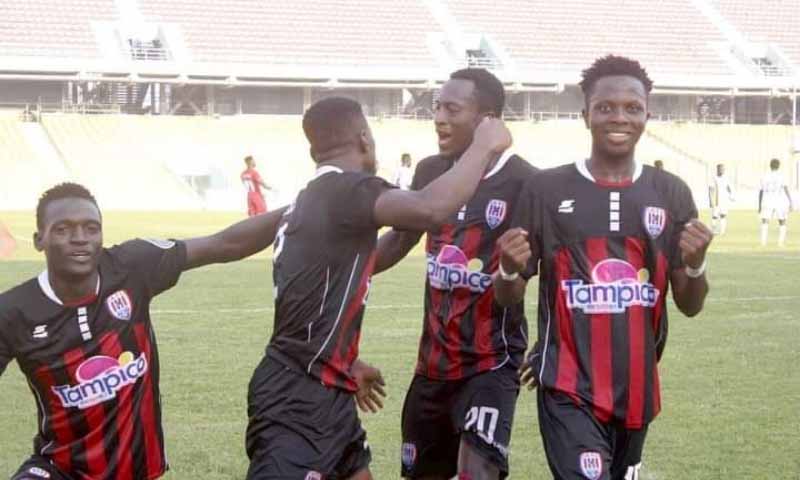 Inter Allies are set to lose ten key players following their relegation to the Nation Division One League.

Allies became the first club to suffer relegation from the Ghanaian top-flight after a 2-0 home loss to Liberty Professionals in the match-week 31.

And a report by Kickgh.com suggests that the likes of Richmon Lamptey, Emmanuel Agyemang, Richard Arthur, among other players are all on their way out of the club.

Emmanuel Agyemang, who is a former Asante Kotoko player joined the club on a free transfer prior to the commencement of the second round of the 2020/21 season but will be leaving the club following the expiration of his contract at the end of the month

He joined them on short deal until the end of the season after being unattached for several months.

Gockel Ahotor who re-joined the 'Eleven is to One' lads for the third time after an unsuccessful spell at Aduana Stars last season is on his way out of the club.

Ahotor's contract expires at the end of the season and the officials of Inter Allies are not interested in extending his stay.

Richmond Lamptey will become a free player at the end of the month. He was one of the key players in Inter Allies season's campaign.

The former WAFA midfielder was impressive from the start of the season and he is famously remembered for his stunner against Hearts of Oak at the Accra Sports Stadium.

Also, Richard Arthur who previously had stints with Wa All Stars and Asante Kotoko will end his stay following the expiration of his short deal as well as goalkeeper Rashid Seidu.

Fard Ibrahim and Paul Abanga will also part ways with the club after four seasons when their contracts expire at the end of this month.

Nigerian trio Kingsley Fidelis Kuku, Ali Isah and Emmanuel Tochukwu will be returning to their respective clubs at the end of the season after an unsuccessful loan spell.

Inter Allies currently sit at the bottom of the league, having amassed just 26 points after 33 rounds of matches.

With the 2020/21 season to be concluded this weekend, two clubs will also join Inter Allies to be relegated to the Division One League.