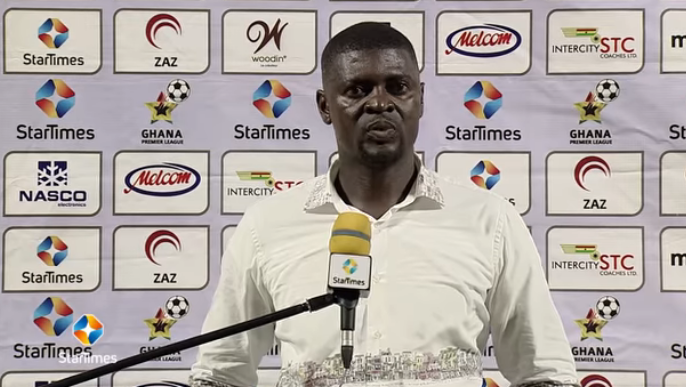 The head coach for Hearts of Oak, Samuel Boadu has stressed that his team is focused on their next game and not on the chances of winning the Ghana Premier League title.

The Phobians after winning their first two matches under the new coach are now third on the league table and just three points behind leaders, Great Olympics.

Speaking in a post-match interview after Hearts of Oak’s crucial 2-0 win against Aduana Stars, Coach Samuel Boadu has opened up on his approach to winning the league.

“I’m not thinking about how to win the league now. We play match after match and I believe that things will change.

“I believe that the moment we are winning all our matches things will change in our position,” coach Samuel Boadu said in the interview.

Up next for Hearts of Oak, the capital-based club will go up against Ashanti Gold SC on matchday 19 of the Ghana Premier League next weekend.