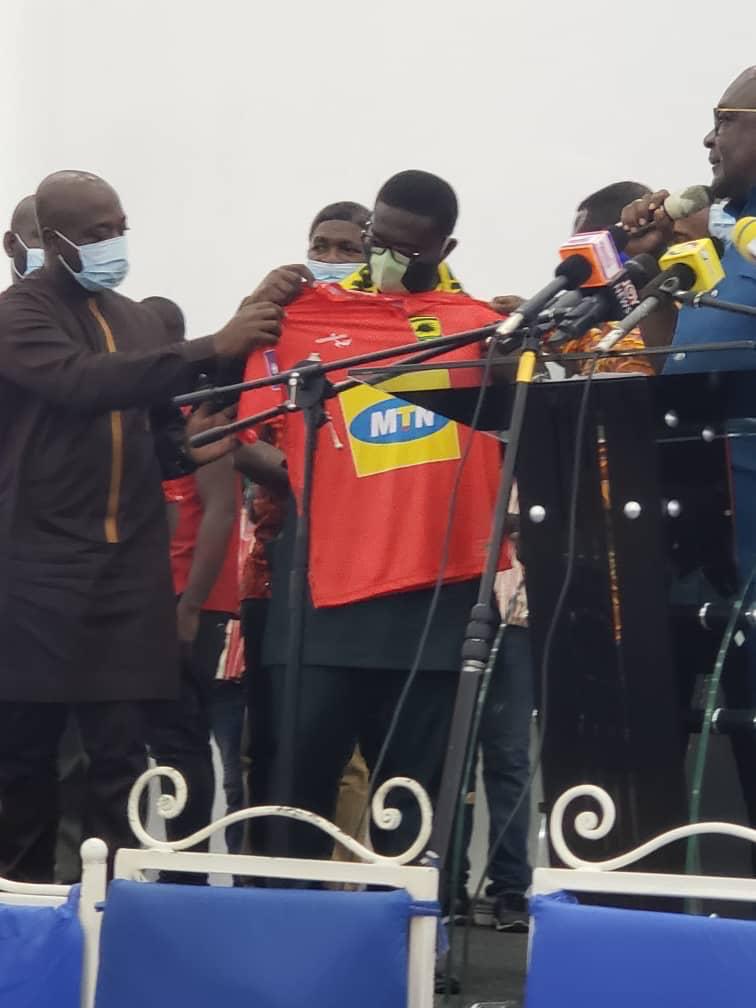 On Friday, August 7, 2020, at the Kumasi Sports Hotel, Nana Yaw Amponsah was finally unveiled as the new Chief Executive Officer (CEO), replacing George Amoako, who left the club following the inauguration of the new 12 member board directors.

The 2019 Ghana Football Association (GFA) presidential candidate has been widely endorsed by former Kotoko management members, National Circles Council and other supporters groups of the club due to his requisite experience in football administration.

A board member, Mr Kofi Amoa-Abban on Friday before the unveiling of Nana Yaw Amponsah tweeted to congratulate and pledged him his support but the question is, have you asked the connection despite the entire approval from the board?

Well, I write to unveil some long time relationship between Mr Kofi Abban and Nana Yaw Amponsah. They have been friends from Senior Secondary School (SSS) at Mfantipim at Cape Coast.

Kofi Abban and Nana Yaw Amponsah were mate and completed Mfantsipim in 2001 and they were good friends, virtually like brothers. They spent most of the time together at the library and always planned for the future. For me, it’s not surprising to me both have met at Kotoko to work together.

They maintained their respect and friendship and both were admitted at University of Ghana (UG). Their friendship moved to a different level at Legon due to the courses they were studying but nothing separated them apart.

To put a bit of smile in your face, Nana Yaw Amponsah was the one barbering Kofi Abban. The respect and understanding that existed between them was amazing.

Nana Yaw Amponsah graduated with Bachelor of Arts Degree in Psychology and Political Science from the University of Ghana, Legon, and a Master's Degree in Sports Law and Practice from the Leicester DE Montfort University, UK. He was also given the opportunity to pursue a PhD in Sports Leadership at Concordia University in the United States of America (USA). From 2008 to 2018, he was a Licensed Player Agent/Intermediary and transferred over 50 players from Ghana and almost 100 across the globe, which brought huge revenues to Ghanaian clubs in the process.

Meanwhile, Kofi Abban graduated with a degree in Psychology and pursued a master's degree at Oslo University. In 2011, Kofi Amoa-Abban started Rigworld from a small office in Osu, Accra providing recruitment services to the burgeoning oil and gas industry in Ghana. Prior to that, he had served as a drill crew member with Atwood Hunter responsible for the TEAK1, TEAK 2, and Banda Wells. In July 2015 Kofi Amoa-Abban co-founded PressureTech, a wholly-owned subsidiary of Rigworld International Services, which offers engineering solutions to Oil and Gas companies in Ghana and beyond.

With both now working to restore the pride and reignite the club, supporters should not be surprised to see both of them working together than any of the board members. This is because of the long-standing relationship from school. Kotoko is a club that has a rich history and with Nana Yaw Amponsah and Kofi Abban a board member, I am convinced they will surely take the club places.

These are two big personalities we know with one in the football world and the other in the corporate world.

With Kofi Abban even offering to spend on the Muslim players of Asante Kotoko during the Eid-al Adha means, he is interested in the welfare of the club and with Nana Yaw Amponsah finally getting the nod as the new CEO of the club, Asante Kotoko will only get better and better together with all the board members.

Interesting enough, both men are the most youthful males in the boardroom of the club now and if we say youth represent vibrancy, innovation, new trends and modernization, then the youth following of the club will be expecting these two gentlemen to lead the way to the new light of a modern-day club.