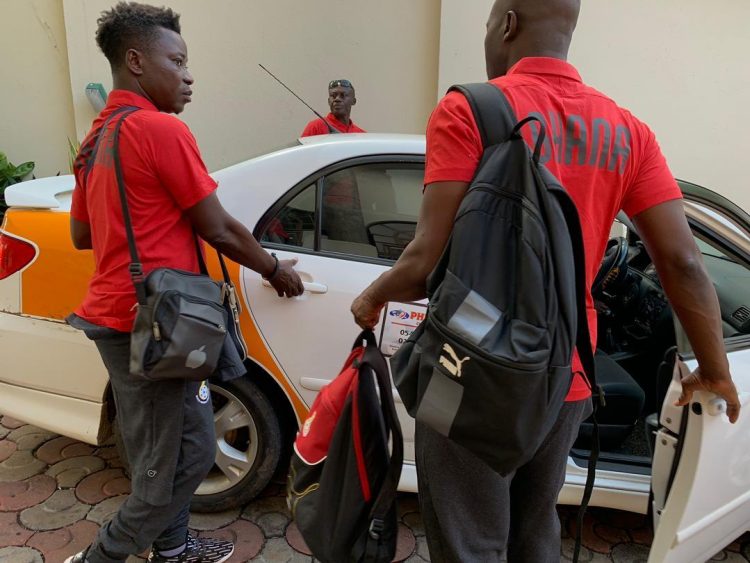 National Board Chairman of the National Sports Authority, Hon. Kwadwo Baah Agyemang has sarcastically reiterated that the Black Meteors were motivated to win by the taxi's they used ahead of the return leg against Algeria.

Ahead of the first league encounter at the Accra Sports Stadium, reports went rife that foreign players have been asked by the Ministry of Youth and Sports to purchase their own tickets for the game.

However, the Sports Ministry in a statement denied the reports.

The Black Meteors were frustrated to a 1:1 in the first league encounter in Accra by the North African side.

Ahead of the return encounter in Setif, some players of the Black Meteors expressed their displeasure over the ill-treatment being meted out to them by the Ministry of Youth and Sports and the Normalisation Committee. “They’re treating the Algerians better than us as if when we go there these guys will treat us any better,” one player told Citi Sports.

“This is disgraceful, it’s like they don’t care about this game. The pitch wasn’t even watered. Just putting water on the pitch too, they didn’t do it," one player told Citi Sports.

Coach Ibrahim Tanko and his technical team left their M-Plaza Hotel base to the airport in rented taxis because the bus assigned the entire team was too small to accommodate both players and technical staff and their luggage.

The entire team were handed a rickety Coaster Bus ahead of the return encounter. The technical team were forced to drop 4 players from their squad of 22 to 18 because of the ministry’s unwillingness to cater for the flight of the entire contingent.

However, upon arriving in Setif, 15 players were available for the game.

Despite the harsh and unwelcoming treatment, a Yaw Yeboah goal in the 68th minute made the difference for Ghana as it meant a 2-1 aggregate victory over the North Africans and a ticket to the U-23 AFCON in Egypt in November.

However, Kwadwo Agyemang speaking to Accra based Angel FM, he argued that the taxi's used by the team motivated them to win against Algeria.

"The taxis the Black Meteors used motivated them," he said.

Ghana joins the likes of Egypt, South Africa, Zambia, Cameroon, Ivory Coast, Nigeria and Mali for the competition that will be staged in Egypt.