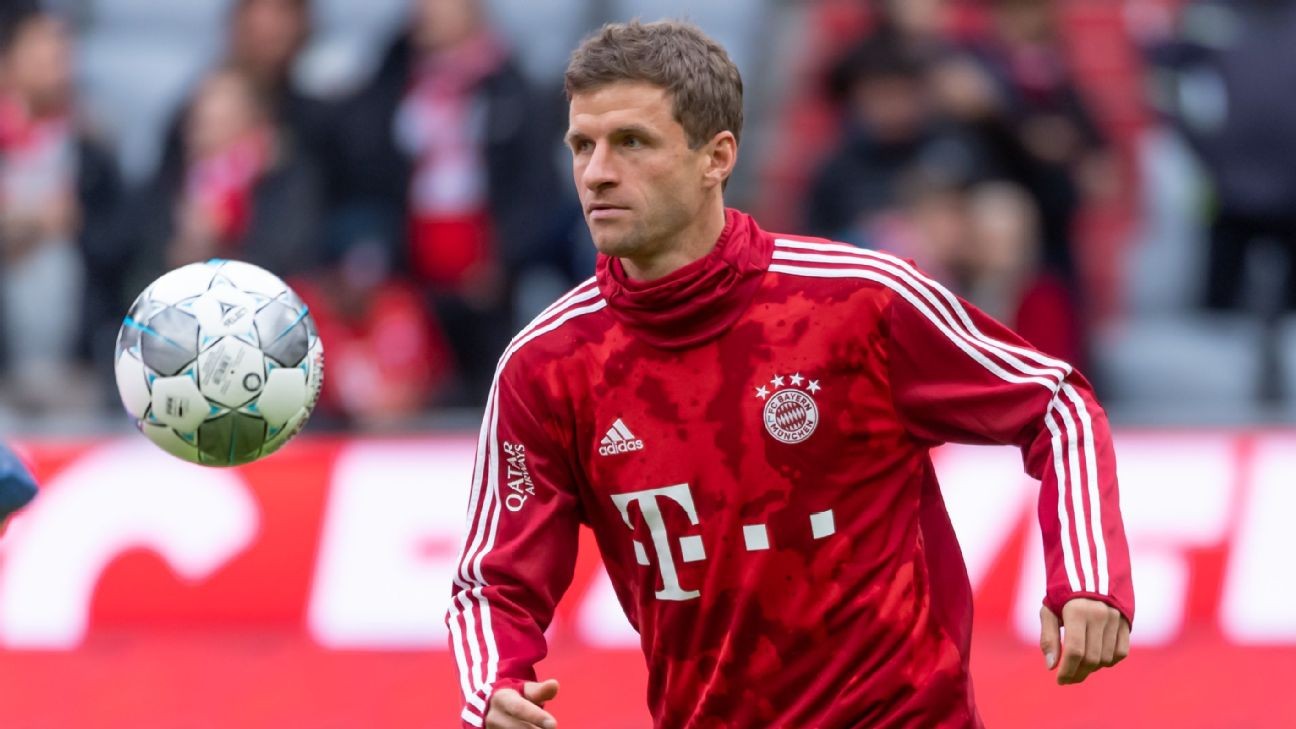 Ale Moreno assesses whether in-form Robert Lewandowski is valued as much as he should be at Bayern.

Thomas Muller has responded to speculation around his future at Bayern Munich by saying he is "too ambitious" for a role on the bench at the Bundesliga club.

Former Germany international Muller, 30, has featured in all seven Bundesliga matches for Bayern this term, however, he has yet to complete a full 90 minutes.

Freddy Adu: 'I'm not ready to give it up'

Having failed to start in five consecutive club matches for the first time in his career, the 2014 World Cup winner is finally beginning to resemble a substitute rather than a starter. Muller was brought on from the bench in four of the last five games and remained an unused substitute in Bayern's 7-2 win at Tottenham in the Champions League.

His demotion at the club comes just over six months after he lost his place in the Germany team.

Since the arrival of Philippe Coutinho from Barcelona in late August, Muller has dropped down the pecking order, with the Brazil international taking his place in the starting formation.

- When does the transfer window reopen?

"Sure. [The Coutinho loan] increased competition for my favourite position, but that's not the problem," Muller told kicker on Wednesday. "It's not about that."

The Croat told Sky ahead of the 2-1 defeat to Hoffenheim: "Thomas Muller is very important, but other players are, too."

He added that Muller "will certainly get his minutes" when other players are not available.

Muller, a senior figure in the Bayern dressing room, did not take kindly to the statement, rushing past reporters on Saturday.

Under contract until 2021, Muller has been considered a one-club player. He had to fight for his place under former Bayern bosses Jupp Heynckes, Pep Guardiola and Carlo Ancelotti, but never once considered leaving the club, despite a tempting €100 million offer from Manchester United in 2015 and enquiries from Liverpool, Inter Milan and Arsenal in recent seasons.

However, things could now change, with Muller slowly losing his power at the club. He has yet to be backed by the leadership and earlier on Wednesday, Sport Bild reported that he has asked the club for a transfer this winter.

"The media have speculated wildly in the past few days," Muller told kicker. "I won't join in. It's about focusing on sporting things again to make the coming weeks with Bayern Munich successful.

"I will keep at it when it comes to competition for a place, and I'll continue to give it my all in training and during matches. There's nothing more to say from side."