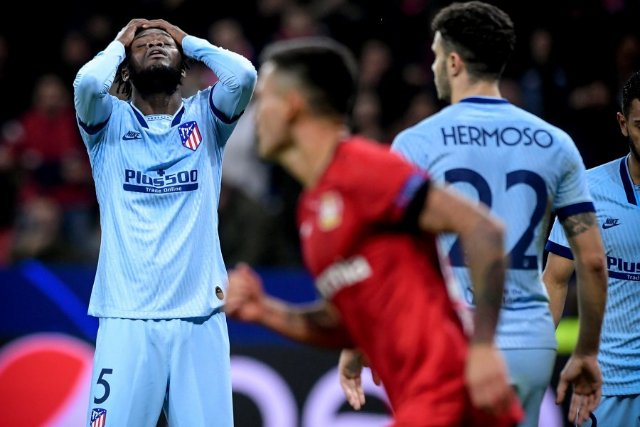 Ghana and Atlético Madrid midfielder Thomas Partey has issued an unqualified apology to the supporters after scoring an own goal in their 2-1 loss to Bayer Leverkusen in the Uefa Champions League on Wednesday night.

The 26-year-old put the ball into his own net as Los Rojiblancos suffered a slim defeat at the BayArena.

Los Rojiblancos came into the game with seven points having beaten the Germans in Madrid last time out. Partey, however, gave the hosts the lead in the 41st minute after putting in a header from a corner kick.

Kevin Volland doubled Leverkusen's lead 10 minutes after the restart before Nadiem Amiri was sent off six minutes from time.

Partey was able to redeem himself by assisting Alvaro Morata for the consolation goal deep in injury time however, they failed to pick up the maximum points.

After the game, he took to Instagram to apology to the fans.

"Difficult game with personal mistakes but it is part of football. I will continue to work hard to help this team ?".