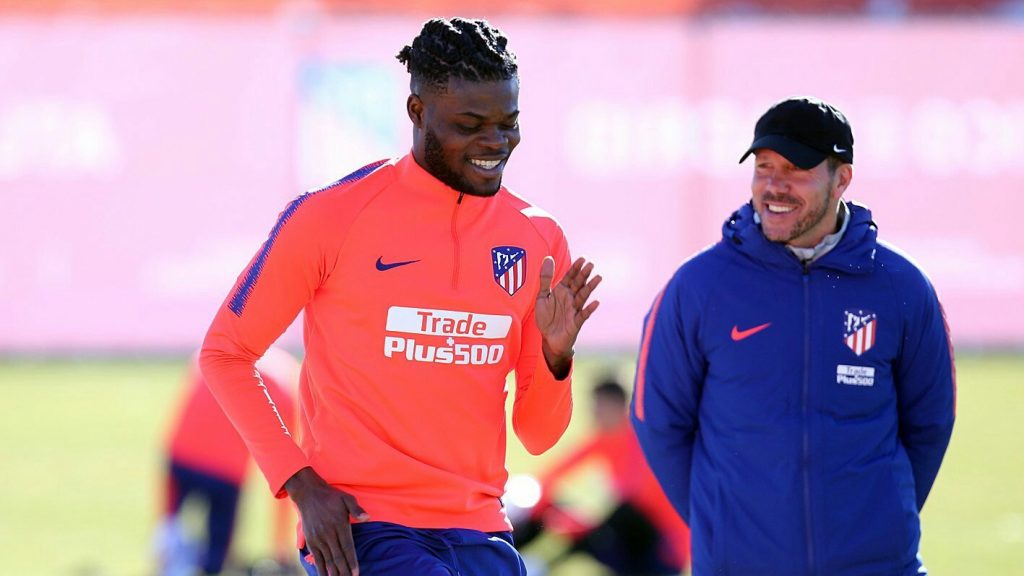 Manchester City manager Pep Guardiola is interested in signing Thomas Partey at the Etihad Stadium in the summer as he looks to boost his squad for next season.

Pep Guardiola has been a big admirer of the Atletico Madrid midfielder, who he likens to his former player at Barcelona and Manchester City Yaya Toure.

According to reports, the player could be used in a possible swap that will see Germany international Ilkay Gundogan head to the other way.

Partey has been a key member of Atletico Madrid this season, playing 24 games in the La Liga scoring twice for the Rojiblancos.

The midfielder was also involved in six UEFA Champions League games before the Spaniards fell to a Ronaldo inspired Juventus victory last week.

Partey missed that game due to suspension, with fans of the club admitting he was the key element missing.

Guardiola also believes Partey could be a perfect replacement for the ageing and injury-affected Brazilian midfielder Fernandhino.