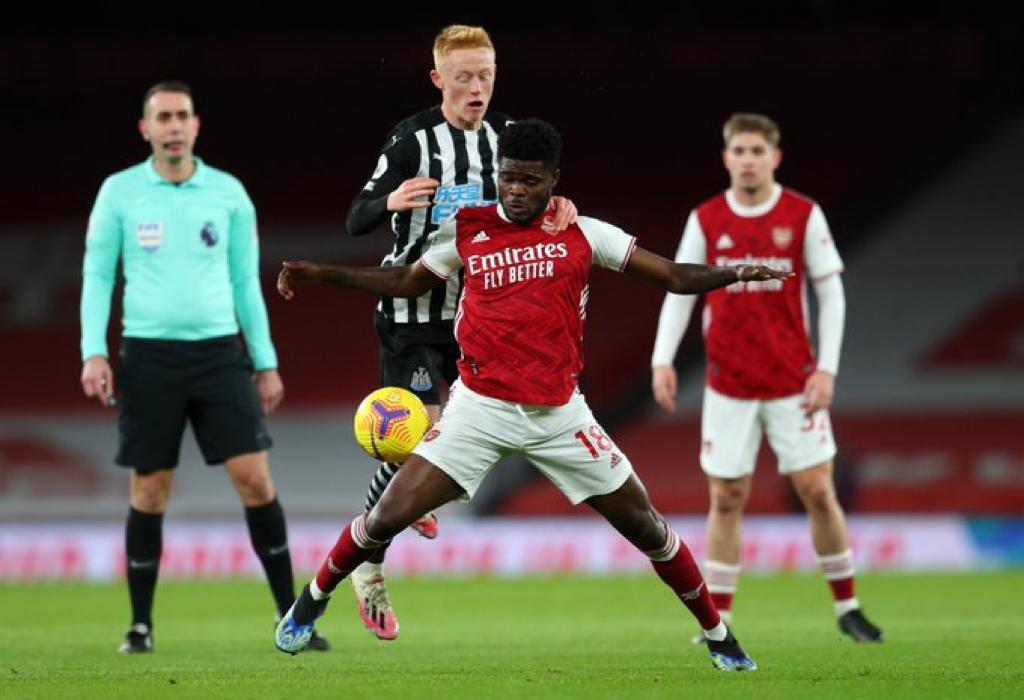 Ghana international Thomas Partey set up Pierre-Emerick Aubameyang to score for Arsenal on Monday night as the Londoners defeated Newcastle United 3-0 in the English Premier League.

The Gunners today hosted the Magpies at the Emirates Stadium in a matchday 19 fixture of the 2020/2021 English top-flight league.

Making the starting eleven after fully recovered from his injury setback, Thomas Partey made his inclusion count.

The highly-rated midfielder assisted Pierre-Emerick Aubameyang to score to open the scoring for Arsenal in the 50th minute on the back of a goalless draw at the end of the first half.

With additional goals from Bukayo Saka and a second from Pierre-Emerick Aubameyang, Arsenal ended up winning by 3 goals to nothing to ensure they bagged maximum points.

On the matchday, Thomas Partey lasted 67 minutes before his place was taken by Mohamed Elneny.

The 27-year-old who is now in good shape is expected to be key for Mikel Arteta's side as they eye a strong finish to the ongoing English Premier League season.