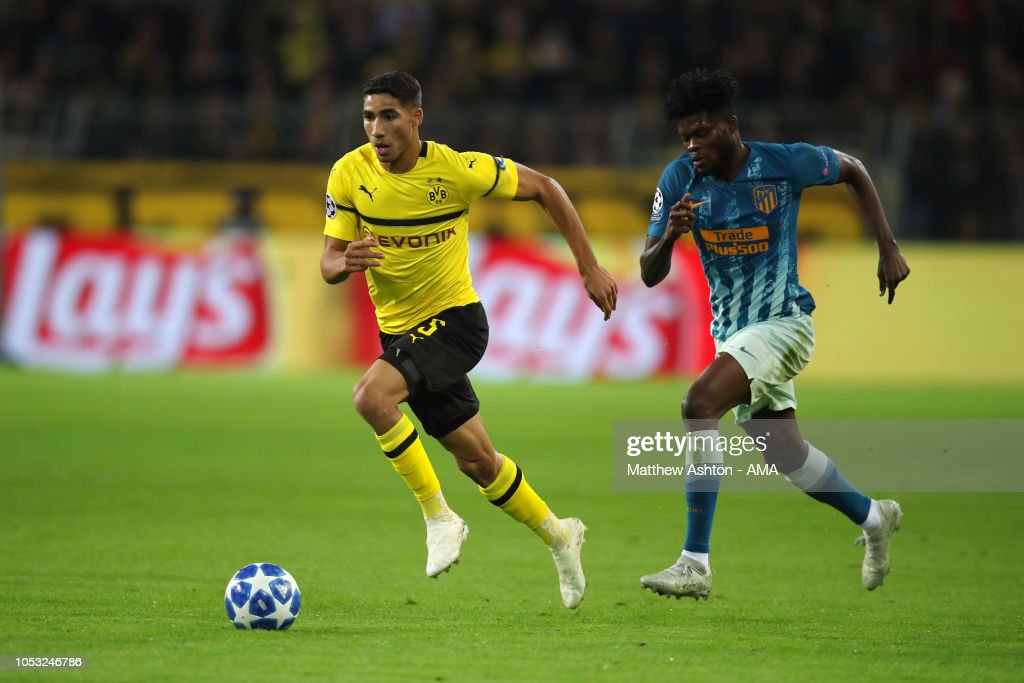 Ghana and Atletico Madrid midfielder Thomas Teye Partey was substituted immediately after recess as his side suffered a humiliating 4-0 away defeat to Borussia Dortmund in the UEFA Champions League on Wednesday.

The 25-year-old was named in the starting XI by manager Diego Someone ahead of Rodri Hernandez, whose signing in the summer has condemned the Black Stars midfield enforcer to a peripheral figure at Wanda Metropolitano this season.

Following Atletico's poor first-half performance, one that saw Axel Witzel give the home side the lead three minutes after Partey picked up a 35th-minute yellow card, Simeone decided to reshuffle his cards for the second stanza, withdrawing the Odumase-Krobo-born for none other than Rodri.

His substitution, however, did little as the hosts scored three more goals in the second half.

Morocco full-back Achraf Hakimi, who assisted the first goal, again set up Raphael Guerreiro and Jadon Sancho for the second and third goals at Signal-Iduna Park.

A minute to full-time, Guerreiro sealed the win with his second strike of the night to wrap up the three points.

Wednesday's game was the Ghanaian second appearance in the Champions League this season.

In La Liga, he has appeared eight times for Los Rojiblancos, only three of which were starts.