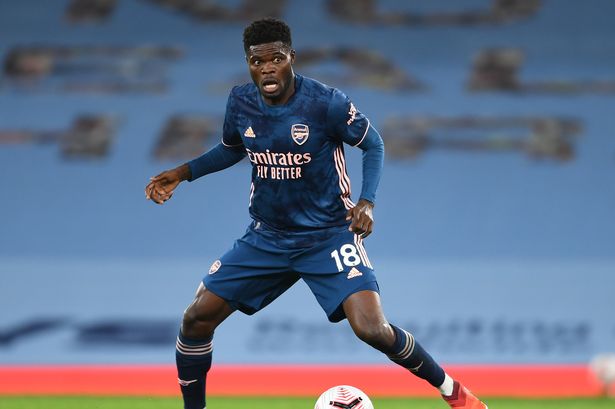 Coach Tony Lokko has insisted Thomas Partey has always been hungry for success adding he has a big future ahead of him.

The 27-year-old dominated the headlines this summer following his transfer deadline day move to Arsenal from Atletico Madrid in a deal worth £45million.

Partey made a huge impression in their Europa League win against Rapid Vienna last week Thursday.

According to Lokko, who is currently the head coach of Ghana Premier League side, Inter Allies believes Partey has been willing to learn through his career and his performance over the years is not a fluke.

“He looked a little bit sluggish in his play,” Tony Lokko, Partey’s coach at Tema Youth, told The Mail. “But you could see he was hungry to achieve. This boy has something and we need to help him achieve it. I could see something better in the boy for the future.”

That something was an unshakeable focus, a quiet but gritty resolve to succeed. “He wanted to learn,’ says Lokko.

“He would come to me after every game and ask me what mistakes he had made and he would pursue correcting them. He was very quiet, focused on his game.

“He has carried this all the way through. It is his focus and determination that has got him to this level.

“I am not surprised. It is not a fluke, it is what I saw in him at youth level. He has continued to grow. I am very proud of him,” he added.

Partey featured in their home defeat to Leicester City on Sunday night.