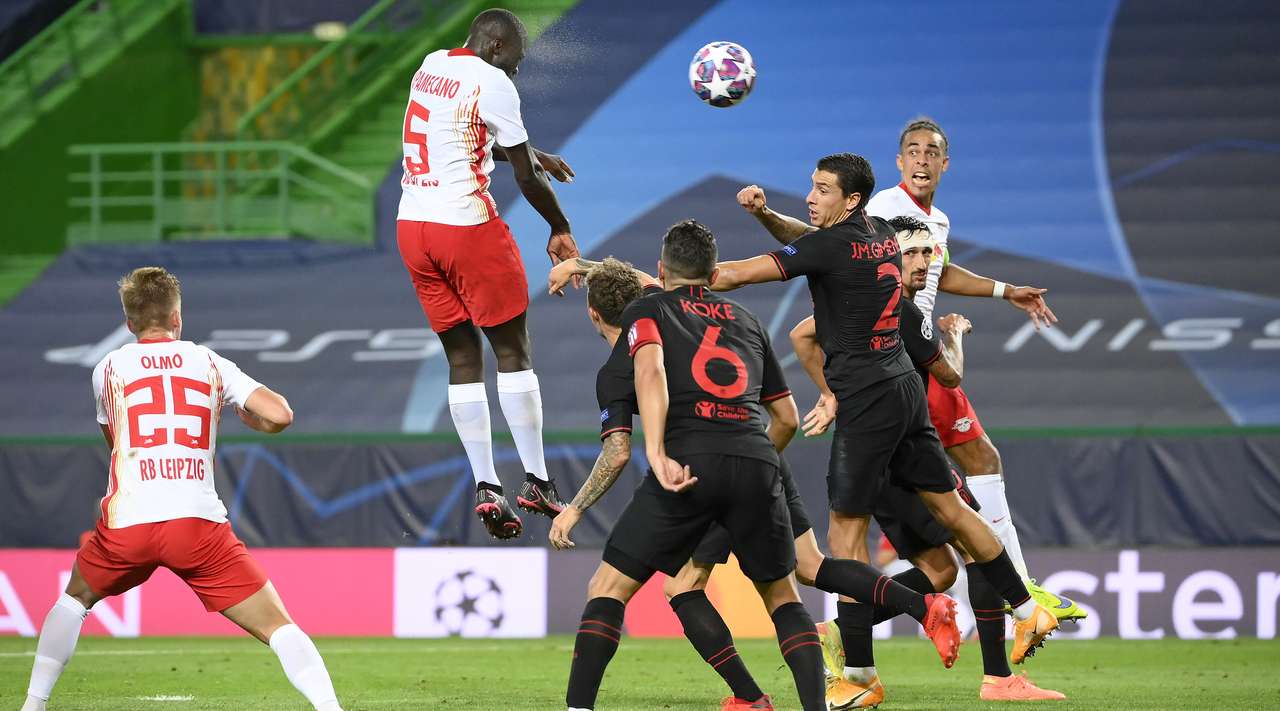 Midfielder Thomas Partey watched from the bench on Thursday night when his Atletico Madrid side lost 2-1 to RasenBallsport Leipzig in the quarter-finals of the Uefa Champions League.

Having sustained an injury in the weeks leading to the climax of the Spanish La Liga season, the Ghana midfielder could not fully recover in time for a starting role.

He only earned a spot on the bench of the Rojiblancos with his manager naming Saul Niguez and Hector Herrera in the midfield of the team.

After a goalless draw game in the first half, RasenBallsport Leipzig returned from the break to take the lead through Daniel Olmo on the 50th minute.

Though Atletico Madrid responded well to restore parity on the 71st minute courtesy a penalty converted by Joao Felix, a late Tyler Adams goal has propelled the German Bundesliga outfit to a 2-1 win at the end of regulation time at the Estadio Jose Alvalade.

In line with the result, Thomas Partey and his Atletico Madrid side have been booted out of this year’s Uefa Champions League.