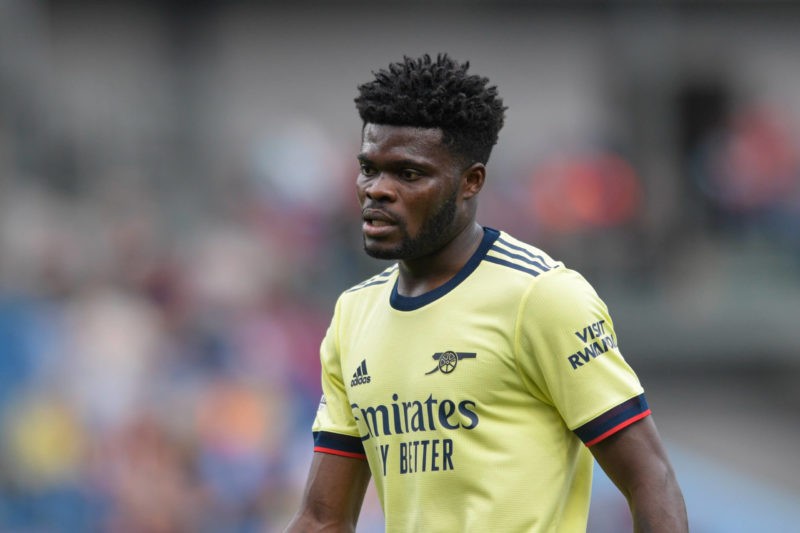 What has happened to Thomas Partey?

That is a question you would have spotted time and time again if you had glanced at social media during the last few Arsenal games.

And it is one that, right now, is difficult to find an answer to.

Partey was supposed to solve Arsenal's midfield issues when he arrived amid such fanfare from Atletico Madrid on the final day of the 2020 summer transfer window.

He was going to be transformative according to Mikel Arteta but, more than a year on, and Gunners fans are still waiting for that prophecy to come to fruition.

There have been glimpses of his best form, such as when he dominated the midfield at Old Trafford as Arsenal beat Manchester United 1-0 just a few weeks after joining.

But those glimpses have been few and far between and in recent weeks. Arsenal’s £45 million ($58m) man has been well below par and criticism of his performances have been growing.

“We have to demand more from him,” Arteta admitted. "He is a player who has to be one of the leaders, he has to be the boss in midfield.”

Partey’s time at Arsenal has been blighted by injury. He picked up his first knock just five games after his arrival, and several more have followed during the 14 months he has spent in north London.

It was hoped a full pre-season last summer would allow him to get back to his best, and there were positive signs during some of Arsenal’s friendlies.

But an ankle injury sustained against Chelsea just two weeks before the season-opener at Brentford saw him miss the start of the campaign, with the midfielder having to wait until September for his first appearance of 2021-22.

He then got into a good rhythm, starting six Premier League games in a row and even scored his first Arsenal goal in the win against Aston Villa.

But he then picked up a groin injury which forced him to miss the 1-0 success against Watford immediately before the November international break, and he has looked a shadow of himself since his return.

He looked way off the pace during the 4-0 drubbing at Liverpool in November and was singled out for his sloppy display in the 3-2 defeat at Manchester United last week.

Speaking after that game, the 28-year-old accepted that he has yet to get close to his potential at Arsenal following his move from Spain.

“I’d give myself a four [out of 10],” he told Sky Sports. “There are moments in the game where I can be really hurting the other team but there are also moments, because I’m not yet adapted to the Premier League, where maybe I allow myself to lose focus, and that’s when everything goes down.”

Unfortunately for Partey and Arsenal, he followed up his performance at Old Trafford with an equally bad showing during Monday night’s last-gasp defeat at Everton.

It was a performance that perfectly encapsulated Partey’s struggles right now. His passing was off, his touch under pressure was missing and Everton players found it far too easy to skip past him and get at the Arsenal defence.

There was even the obligatory wayward shot on goal which almost cleared the roof of the stadium.

“He can produce more and he knows that," Arteta said. “We need him at his best.”

A look at Partey’s numbers so far during the 2021-22 campaign show how his standards have slipped at both ends of the pitch.

On average, he is making 0.91 passes into the penalty area per game, way down from the 1.82 he was averaging last season.

When he arrived, Partey was known as ‘The Octopus’ due his ability to nick the ball away from the opposition, making it seem like he had eight legs at times.

The 22-year-old has also made more tackles than Partey, and more interceptions.

So, why is a player who was supposed to be one of Arsenal’s leaders this season struggling so badly?

“The fact we've had to make some changes [because of injuries] doesn't give him the partnership with someone to understand each other,” Arteta said.

“We've missed him for long, long periods since he joined and that's not ideal, but injuries are part of it and you have to adapt.”

The string of injuries Partey has suffered have certainly not helped, with the groin injury he picked up just ahead of the Watford game in November proving particularly problematic.

Although he returned against Liverpool immediately after the international break, he has yet to return to peak fitness, and has been putting in extra work at the training ground in a bid to prevent any further muscle injuries.

There is a feeling that he is currently holding himself back a bit due to fears over suffering another setback and that the doubts over his fitness levels have severely knocked his confidence.

His performance against Everton certainly had the hallmarks of a player struggling for self-belief.

There were clear signs of nerves when he was in possession, he looked panicked when he was on the ball, or when he was about to receive it, and often took one too many touches, allowing Everton to crowd him and force a mistake.

Partey’s form will be a major worry for Arteta ahead of Saturday’s game against Southampton, and the Arsenal boss will be hoping the return to fitness of Granit Xhaka will lead to an improvement.

Prior to Monday night’s defeat at Goodison Park, injuries have meant that Partey and Xhaka had started just one game together this season – the 3-1 victory against Tottenham in September.

That north London derby victory was Arsenal’s most impressive performance of the season, and the dominance of Arteta’s central midfield pairing was key to that success.

The hope is that a settled partnership, combined with a sustained injury-free run of games, will see Partey get back to his best and that he can go on to become the transformative figure in midfield that many believed he would be when he arrived last year.

If it does not, then the questions that are now being asked about Arsenal’s £45m star will only increase.